Akshay Kumar Says he Has 'No Interest' in Hollywood

"I am doing a Tamil film. I have no interest in Hollywood," said Akshay Kumar. Abhishek Bachchan added: "There is a lot of hype given to Hollywood. English is just a language and nothing else" 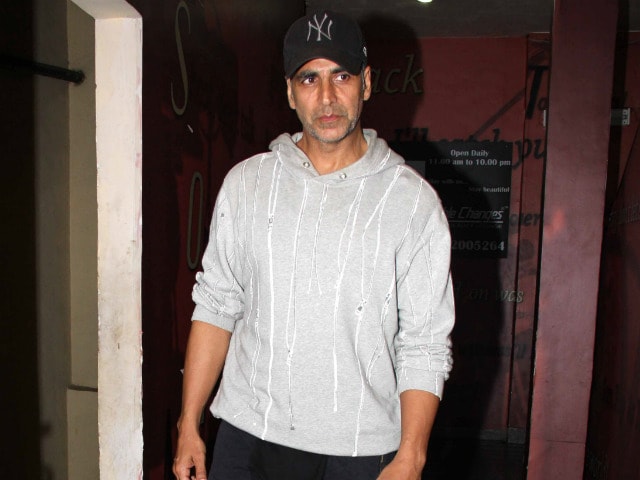 His father made his international film debut with The Great Gatsby, and his wife has acted in multiple international films like The Pink Panther 2 and The Last Legion. But actor Abhishek Bachchan feels that Hollywood is a hyped affair in India.
Abhishek, who was in New Delhi on Wednesday to promote his upcoming film Housefull 3 along with his co-stars Akshay Kumar, Riteish Deshmukh, Lisa Haydon and Jacqueline Fernandez, said that there is instead a huge demand for Indian films globally.
When asked if he is interested in featuring in a Hollywood film, Abhishek told IANS: "There is a lot of hype given to Hollywood. English is just a language and nothing else. Today there is a huge demand of Hindi films globally. People from Hollywood are coming and doing item numbers and films."
Akshay added that he has no interest in Hollywood and is busy with Rajinikanth' s 2.0. Directed by Shankar, the film is a sequel to the blockbuster Enthiran.
"I am doing a Tamil film. I have no interest in Hollywood," Akshay added.
Directed by Sajid-Farhad, Houseful 3 also stars Jacqueline Fernandez, Nargis Fakhri, Lisa Haydon, Riteish Deshmukh and is slated to hit the theatres on June 3.