Akshay Kumar Says Wife Twinkle Khanna Is A 'Warrior,' Who Holds The Family Together

Akshay Kumar said, "I don't feel shy in calling my wife as a yodha at all. It is all about holding your family and close ones" 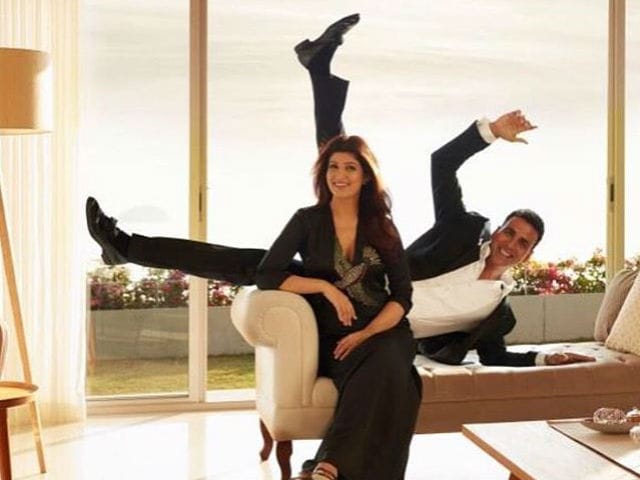 We love and adore Bollywood star Akshay Kumar for the efficient actor that he is, for the doting husband he is and for the caring father he is. Akshay is often seen beside his wife and author Twinkle Khanna on every occasion, be it a family get together, vacations or her book launch. The actor, who was on vacation with Twinkle and children Aarav and Nitara last week, today said that his wife Twinkle is a 'warrior'. At an event, news agency IANS quoted the 49-year-old as saying, "I don't feel shy in calling my wife as a 'yodha' at all."
He also added, "Yodha does not necessarily mean one who is holding a gun. Yodha is a person who holds his own family. A soldier who fights a war, isn't only a yodha. It is all about holding your family and close ones."
Akshay and Twinkle co-starred in films like Zulmi and International Khiladi. They married in 2001.
"It is a big responsibility when a person calls himself a fighter. He must be a person whom you can trust and rely on, no matter whatever happens. You have that feeling that he won't break your trust. So, that is a big responsibility," he told IANS.
Akshay is also one of the busiest stars of B-Town. After delivering three hit films in 2016, he is now prepping for four releases this year. He is also teaming up with Salman Khan and Karan Johar for an untitled project. The film will star Akshay as lead and will be co-produced by Salman and Karan.
Talking about the new project, Akshay told IANS: "Being an actor, signing a film for another big actor is something new for this industry because it only happens in Hollywood, where an actor signs another actor for his production. I hope this trend starts in Bollywood too."
His first film of 2017, Jolly LLB 2, a courtroom drama will release on February 10. He will then star in Toilet Ek Prem Katha. Next up is 2.0 with Rajinikanth, which releases around Diwali and then a film based on Arunachalam Muruganantham titled Pad Man.
(With inputs from IANS)