Akshay Kumar shared a new poster of his upcoming film Toilet: Ek Prem Katha which features various toilet signs from all across the country 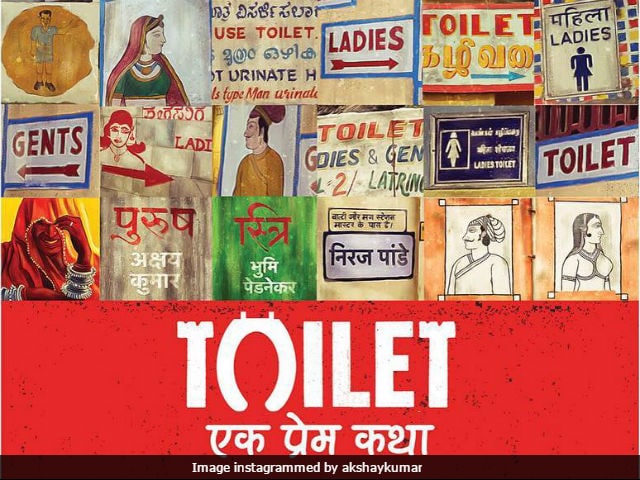 Actor Akshay Kumar is eagerly awaiting the release of his film Toilet: Ek Prem Katha, co-starring Bhumi Pednekar. Today, the 49-year-old actor shared a new poster of his upcoming film which features various toilet signs from all across the country. Akshay Kumar has been sharing various pictures and videos on social media to countdown the release of the film's trailer, which will be unveiled on June 11. On Monday, the Airlift actor shared a hilarious video in which he was seen jumping with joy as he announced the release date of the trailer. The film, directed by Shree Narayan Singh, is scheduled to release in theatres on August 11.
See the new poster of Toilet: Ek Prem Katha here:

Watch the video that Akshay Kumar shared on Monday.