Akshay Kumar: Singh is Bliing Not a Sequel to Singh is Kinng 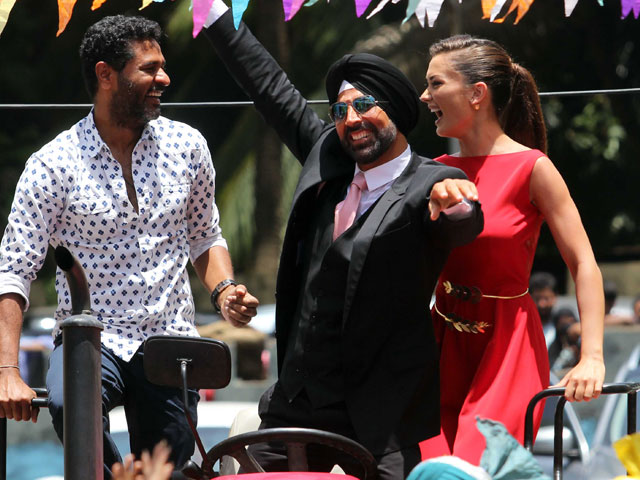 Talking about the film, Akshay further said: If you all remember, Prabhu Deva and I did a film called Rowdy Rathore. This film belongs to that genre

Actor Akshay Kumar says his forthcoming film Singh is Bliing, in which he plays a Sikh character, is not a sequel to his past movie Singh is Bliing.
"You have seen me as a 'sardaar' in many films, be it Namastey London or Singh is Kinng, but this is not a sequel of Singh is Kinng. It is absolutely different from that," the actor said at the trailer launch of Singh is Bliing. (Also Read: A Singh With Major Bliing: Akshay Kumar Stars in Trailer as Raftaar)
The trailer was launched here with much fanfare with Akshay making a grand entry on a tractor along with director Prabhu Deva and co-star Amy Jackson.
Talking about the film, Akshay further said: "It's a very funny story and has a bit of emotions too. If you all remember, Prabhu Deva and I did a film called Rowdy Rathore. This film belongs to that genre. I hope you guys enjoy it as much as I have enjoyed working in it."
Produced by Grazing Goat Pictures, Singh is Bliing also features Kay Kay Menon and Lara Dutta in key roles. It is slated to release on October 2.