Akshay Kumar Spent His Sunday With Daughter Nitara. It Was 'Heavenly'

"When the heavens open, only my daughter can make it feel like a heavenly day!Love her 2 the moon & back #SundayFunday," Akshay Kumar wrote on Twitter 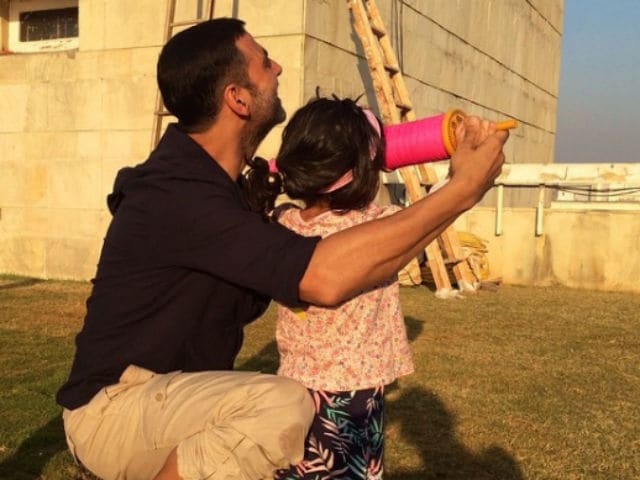 It was a lovely, rainy Sunday and Akshay Kumar had the time of his life as he spent it with his three-year-old daughter Nitara.
No words for this super-cute picture of Akshay and Nitara.


When the heavens open,only my daughter can make it feel like a heavenly day!Love her 2 the moon & back #SundayFundaypic.twitter.com/WjI0y2PlAh

Akshay Kumar, 48, married Twinkle Khanna, 42, in 2001 and they also have a son Aarav. Last year, Twinkle posted a picture of Akshay and Nitara peering out of the window of a plane as they went for a family holiday.


And we are off #HolidayHolidaypic.twitter.com/YJf27ZShmz

Akshay Kumar, star of films like Mohra, Hera Pheri, Dhadkan, Rowdy Rathore and Airlift, will soon be seen in Rustom.
In Rustom, Akshay stars as naval commander Rustom Pavri, a fictionalised version of K M Nanavati who was tried and acquitted for the murder of his wife's lover, leading to the scrapping of India's jury system.
Rustom, which also stars Ileana D'Cruz will release on August 12, when it will clash with Hrithik Roshan's Mohenjo Daro.