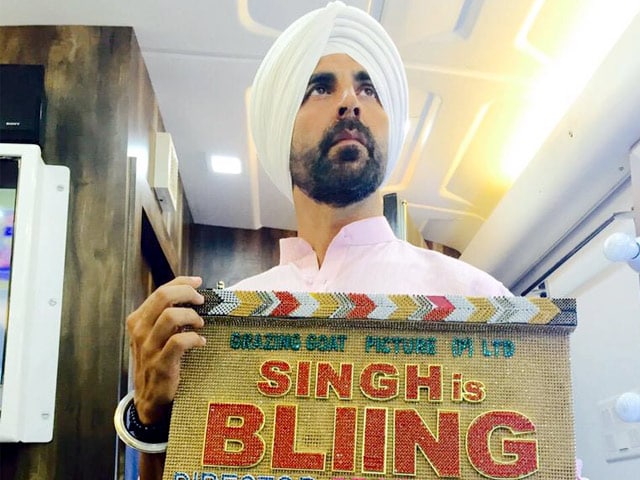 "I am trying to put the trailer of Singh is Bliing along with Brothers. It is not a sequel, but is a different film," said Akshay Kumar

Bollywood actor Akshay Kumar is planning to attach trailer of his next film Singh is Bliing with his upcoming film Brothers.
Brothers is an action-drama film based on mixed martial arts (MMA) and is an official remake of the 2011 Hollywood film Warrior.
Directed by Karan Malhotra, Brothers, the home production of Karan Johar, also stars Sidharth Malhotra and Jacqueline Fernandez in lead roles, while actors Jackie Shroff and Shefali Shah play the supporting roles. It is scheduled for release on August 14.
"I am trying to put the trailer of Singh is Bliing along with Brothers. It is not a sequel, but is a different film. It will be an action comedy genre. I am playing a Sardarji in the film," Akshay said.
Singh Is Bliing, directed by Prabhu Deva, is a family entertainer featuring Akshay, Amy Jackson, Lara Dutta, Kay Kay Menon and others. It is slated for October 2 release.
Besides this, the Khiladi star will be next seen in Sajid Nadidwala's home production film Houseful 3.
"In one-and-a-half months, I will start the shoot for Houseful 3. It is a nice comedy film," he said.
Meanwhile, Akshay denied reports that he will be playing the role a gay character in Dishoom, which is directed by Rohit Dhawan. "I am not playing a gay," he added.