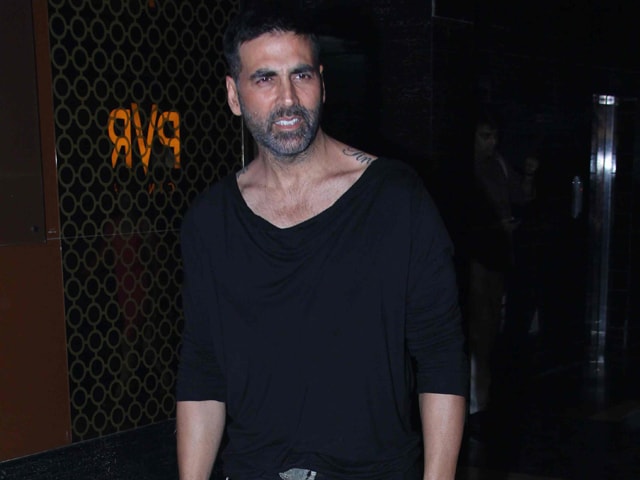 If all goes as planned, Bollywood actor Akshay Kumar will reportedly return to the world of reality TV show again after Dare 2 Dance with MasterChef India Season Four.

"The programming team is trying to get Akshay on board the show as 'maha-judge'. Nothing is finalised yet as talks are still on," said a source.

Culinary experts Sanjeev Kapoor, Vikas Khanna and Ranveer Brar will judge the show, which is aired on Star Plus and is expected to premier by January-end.

Akshay's love for food is not a hidden secret. The 'Khiladi' of the tinsel town judged the first season of the Indian adaptation of the internationally popular format as well.

Expounding about his role as maha-judge, the source added, "As maha-judge, Akshay will rule over what the three judges say."

For the upcoming season, a lot of twists and turns are planned starting with 'only vegetarian' condition.

The show will see chefs and food enthusiasts from around the country using their creativity for fancy gourmet dishes, exotic desserts and rich Indian food -- but all vegetarian.