Akshay Kumar to Reunite With Baby Director in Rustom 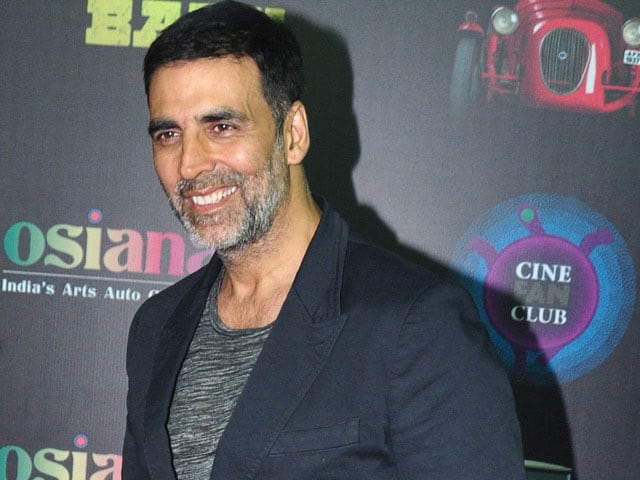 Akshay Kumar photographed at an event in Mumbai.

Akshay will be seen next in Prabhu Deva's film Singh Is Bliing and Raja Krishna Menon's Airlift, which also stars Nimrat Kaur. Neeraj is currently working on MS Dhoni: The Untold Story, which features Sushant Singh Rajput in the titular role

Bollywood actor Akshay Kumar will collaborate with Neeraj Pandey for his next film Rustom.
Akshay and Neeraj have worked together in Special 26 and Baby.
Akshay, who turned 48 today, shared the news on Twitter:

The Brothers actor celebrated his birthday with wife, Twinkle Khanna, who also wished him on Twitter:


All set for the birthday boy's dinner #happybirthdaypic.twitter.com/fS5xrGO9oy