The film has been in the news ever since the elite casting was announced. And it's no surprise that the stars of the film are making headlines wherever they go 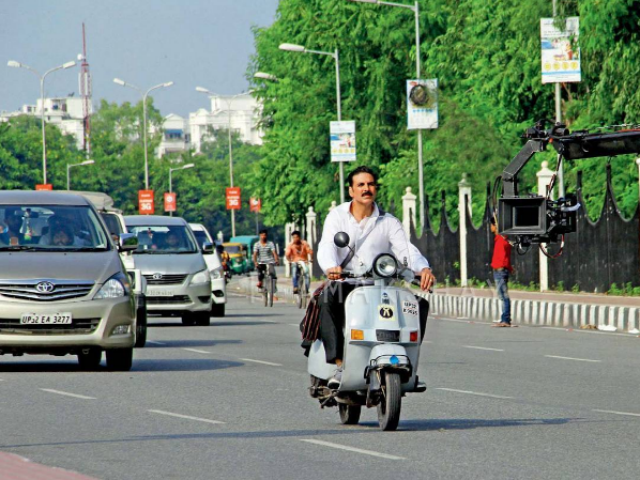 Rain stopped play (and work, of course) across the country on Wednesday morning but in Lucknow, actors Akshay Kumar and Huma Qureshi woke to a bright, sunny day. Akshay and Huma are filming Jolly LLB 2 in the city, and Wednesday's shoot took them to the railway station. Akshay, 48, tweeted this picture from the platform:


Greetings from @humasqureshi & me this morning straight from Lucknow stn.Jolly indeed is having a jolly good time pic.twitter.com/wEDrXI23mB

It was a 'jolly' morning, tweeted Huma:


Good Morning Peeps!! With the one and only @akshaykumar on set every moment is a 'jolly' good moment https://t.co/xmgdCcmFdN

Akshay takes over from Arshad Warsi as smart-talking lawyer Jolly Tyagi in the sequel to the 2013 sleeper hit directed by Subhash Kapoor. The film has been in the news ever since the elite casting was announced. And it's no surprise that the stars of the film are making headlines wherever they go.
Jolly LLB was inspired by the famous Sanjeev Nanda hit-and-run case of 1999. However, the plot of the sequel has been kept under wraps. What we do know of the film is that the cast started their Lucknow schedule on August 15. From here, they will be moving on to Varanasi and Kashmir.
The first look of Jolly LLB 2 was also released by Akshay Kumar on Twitter, with a caricature of him and Annu Kapoor (who will be playing his rival) fighting in court. Additionally, the actor has gone out of his way to praise the Uttar Pradesh government for support received while filming.
Jolly LLB 2 is set to release on February 10 next year. Amit Sadh and Saurabh Shukla form the supporting cast.