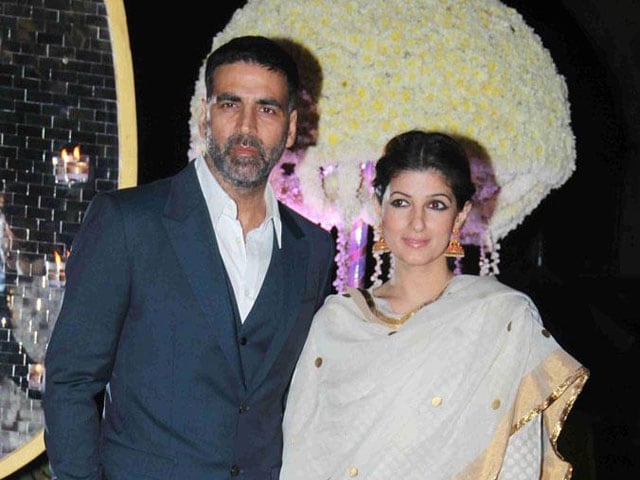 Twinkle currently writes a column for a newspaper

"My wife has always been very good with her words," said Akshay

Akshay Kumar, who finds his wife Twinkle's command over words gripping, says she "rocks" as 'Mrs Funny Bones' on Twitter.

"My wife has always been very good with her words, whether they are witty or kind, blunt or honest, her tongue has a way of working that makes everyone in the room sit up and listen. I couldn't be more proud of her," Akshay said. (Also read: Twinkle Khanna's Son 'Can't Take' Her Jokes Anymore)

Twinkle is the daughter of late superstar Rajesh Khanna and actress Dimple Kapadia. After featuring in films such as Barsaat and Jab Pyaar Kisise Hota Hai, she pursued her passion for interior designing and over the years, she has cemented her space in the design world.

"From an actress to a devoted mother, owning her own business and being one of the most creative interior designers in the industry, she was once known as 'Mrs. Kumar', but in all honesty, she rocks as 'Mrs. Funny Bones' even more," added her proud husband.

Twinkle currently writes a column for a newspaper, and she is also reportedly now set to pen books.

"I'm behind her every step of the way. The best thing is, I get to be the first to hear all her adventures and stories before they go to print," he said.