Twinkle tweeted: "Oh no! Both my favourites have movies coming out tomorrow! Confused which one should I cheer for because both are Jolly good fellows" 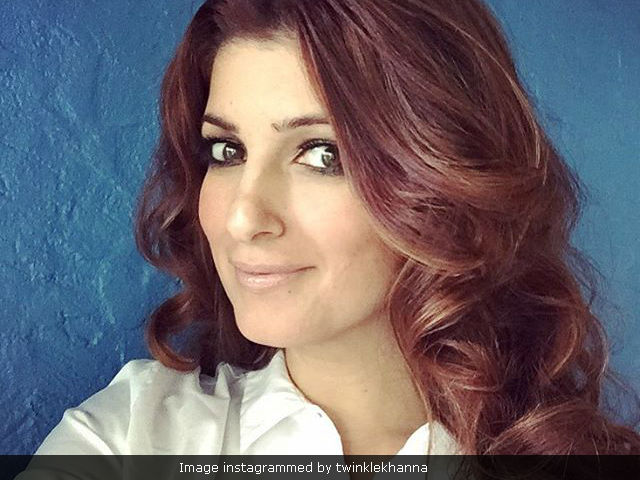 Never mind Sophie's Choice, spare a thought for poor Twinkle Khanna. Nobody should have to choose between their favourites - you have our sympathies, Twinkle Khanna. The 43-year-old humourist has a real problem, one which she has expressed in a typically hilarious tweet. Today is the day that 'both (her) favourites' have films out and she can't pick who she should root for because both are 'jolly good fellows.' If you haven't guessed by now, it's her husband Akshay Kumar's film Jolly LLB 2 versus her neighbour Gurmeet Ram Rahim, head of the Dera Sacha Sauda sect and star of MSG: Lionheart 2, the latest in his series of vanity projects.
Dear Zindagi, please give Twinkle Khanna the strength to choose:


Oh no! Both my favourites have movies coming out tomorrow! Confused which one should I cheer for because both are Jolly good fellows:) pic.twitter.com/DuAoLlb7Mg

MSG: Lionheart 2 is the fourth in a series of films that have been written, directed, produced and composed by Gurmeet Ram Rahim, who also, obviously, stars, saving humanity from situations as diverse as aliens to AIDS.
Jolly LLB 2, on the other hand, is this week's big release and stars Akshay Kumar as the titular lawyer who faces off against a ruthless adversary in court. Directed by Subhash Kapoor, the film has been extensively shot in Lucknow and co-stars Huma Qureshi, Annu Kapoor and Saurabh Shukla. Jolly LLB 2 is the first of Akshay Kumar's three films expected this year, the other two being Toilet: Ek Prem Katha and 2.0, the sequel to Rajinikanth's Enthiran.