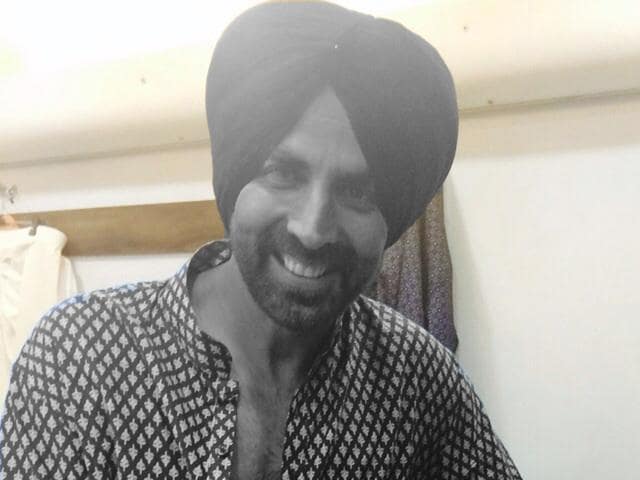 "Running through the lush golden fields of Punjab...best feeling ever!" Akshay Kumar posted on Twitter

Actor Akshay Kumar, who is currently shooting for Prabhu Deva's film Singh is Bliing in Punjab, had the 'best feeling ever' this Baisakhi.
The actor tweeted this picture of him dressed as his character in the film, running across the "lush golden fields of Punjab" along with a decorated camel:

Running through the lush golden fields of Punjab...best feeling ever! Wishing you all a very Happy Baisakhi. pic.twitter.com/4QNg9jsjsZ

The photo is presumably from the film shoot, unless Akshay is in the habit of leaping through fields with blingtastic camels for fun. (Also Read: Singh is Bliing. How Much Bling? This Much)
The film's director also wished his fans and followers on Twitter:

Shooting in the golden fields for #SinghIsBliingpic.twitter.com/1pMZUin4WZ

Singh is Bliing, which also stars Amy Jackson and Lara Dutta, is slated to release on October 2.
Meanwhile, Akshay Kumar will be next seen in action thriller film Gabbar Is Back, which is directed by Krish and will release on May 1.