Akshay Kumar's Boss to release in Panama as well 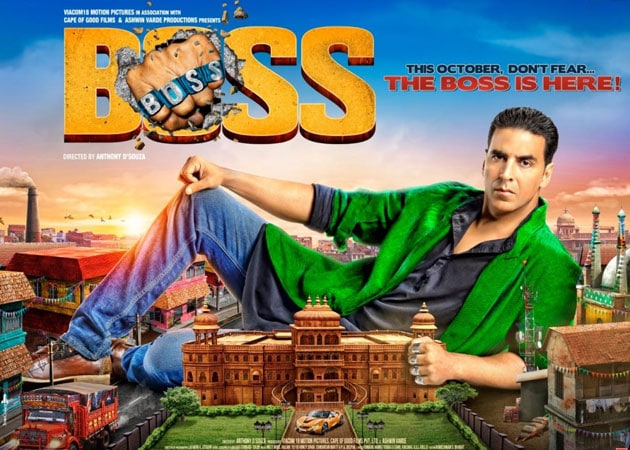 Boss is all set to hit the theaters on October 16.

Bollywood star Akshay Kumar's Boss will explore the uncharted markets of Panama, Latin America. It is said to be the first Hindi movie to release there.

Bollywood star Akshay Kumar's Boss will explore the uncharted markets of Panama, Latin America. It is said to be the first Hindi movie to release there.
Set for a worldwide release on October 16, the movie, distributed internationally by Krian Media, will also be screened in theatres across Peru and France.
It is always the aim of international distributors to take the movie to maximum places and it is a matter of great pride that Indian cinema has reached out to screens in Panama as well, said Raj Malik, vice president, film acquisition & distribution, Krian Media.
"It thus is a matter of immense pride for us that not only have we been able to ensure a pretty wide 400 screen international release for Boss across Europe, North America, South East Asia and Australia, amongst other markets but have also opened up the non-traditional Latin American market of Panama to Indian cinema," Malik said in a statement.
Directed by Anthony D'souza, Boss also stars Shiv Pandit, Aditi Rao Hydari, Danny Denzongpa, Ronit Roy and Johnny Lever.