Neeraj Pandey gave a status update for Akshay Kumar's film and said: "We are working on the script of Crack right now. Once the script is ready we will begin (shoot)" 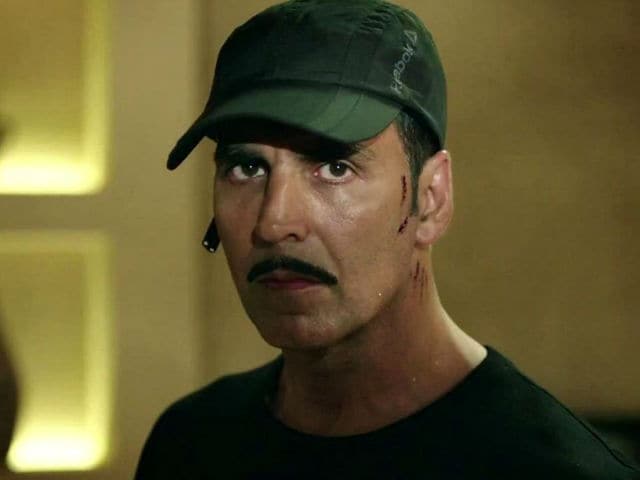 Actor Akshay Kumar's film Crack hasn't been shelved and director Neeraj Pandey is still working on the film's script, he told news agency PTI at an event to unveil the first look of Naam Shabana starring Taapsee Pannu. Last November, Akshay shared the first look (a teaser poster of sorts) of Crack however, due to further developments, many thought that the film has been shelved. However, speaking to reports, Neeraj Pandey said: "We are working on the script of Crack right now. Once the script is ready we will begin (shoot)." When pressed for more details about the shoot, he told PTI: "Let's see. I won't say anything till the script is locked."
Neeraj Pandey has directed Akshay Kumar in films like Special 26 and Baby. Taapsee's Naam Shabana is a part of the Baby franchise. The events of the film preside the events of Baby and focusses on secret agent Shabana Kaif played by Taapsee Pannu. Naam Shabana is slated to release on March 31.
Meanwhile, Neeraj Pandey said that he will also collaborate with Akshay for a sequel of Baby. "We are working. We will have a gap between the two films (referring to Naam Shaban and Baby sequel). May be it will take some more time (to go on floors)," he told PTI.
Meanwhile, Akshay Kumar's first film of 2017 released on Friday. Jolly LLB 2 released on February 10 to great reviews and has collected Rs 13.20 crore on the first day itself. The actor also has Toilet: Ek Pren Katha, Rajinikanth's 2.0 and Padman up his sleeve.