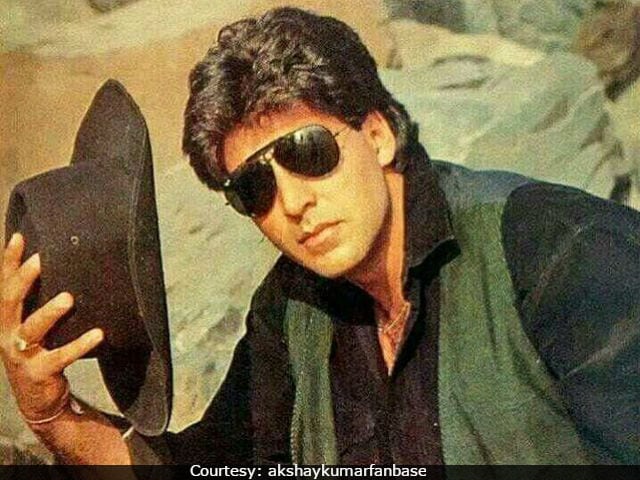 Why wait for Thursday when you have throwback material this fabulous? A fan tweeted a picture of the letter (remember letters?) she received from actor Akshay Kumar when she wrote to him in...wait for it...1995. When people actually wrote to their favourite stars and received signed replies. As Akshay's letter from 1995 reveals, his upcoming films included Sabse Bada Khiladi and Zulmi. Yup, it was a long time ago - and she's kept the letter all this time. Now 49, Akshay Kumar responded once again to his fan - this time via tweet. "This is some serious throwback. Good old days of fan mail," he wrote. Here's the Twitter exchange:


@akshaykumar ..I had written to you in 1995 ; and you had replied! From letters to tweets- evolution of fan interaction! @mrsfunnybonespic.twitter.com/yYKkx3voEF

This is some serious #throwback, gold old days of fan mail :) Love and prayers always https://t.co/AuDrXddLPS

Abhishek Bachchan also found some 'serious throwback' from the 90s to post - a photo of when he met Akshay Kumar at the mahurat of 1998 film Angaaray. Abhishek was then all of 18 and Akshay was "as loving and caring then" as today. Sweet!


#waybackwednesday this is at the mahurat of Angaarey a film produced by @srishtibehlarya and @goldiebehl This was one of the 1st times I met @akshaykumar He was as loving and caring then towards an awkward 18yr old as he is today.

Akshay Kumar has come a very long way since the days of Sabse Bada Khiladi. He's now a respected actor (after struggling for years to be even considered an 'actor' and not just an action star) and even more respected philanthropist. Among the various issues he concerns himself with is the families of soldiers killed in action - Akshay is currently working on a website and app that will allow citizens to make donations to military personnel.
Akshay Kumar recently won the National Award for Best Actor. He was seen this year playing the lead role in Jolly LLB 2 and making a special appearance in Naam Shabana. He has Toilet: Ek Prem Katha scheduled to release and is also working on Padman, produced by wife Twinkle Khanna and starring actress Sonam Kapoor. 2.0, in which Akshay plays the villain opposite Rajinikanth, has been postponed to next year.