After Comeback, These Are Akshaye Khanna's Future Plans

"The role really excited me and we had a great cast. Since I had taken such a long break, in the first three to four films, I wanted to do substantial roles but smaller parts just to get back into the rhythm," said Akshaye 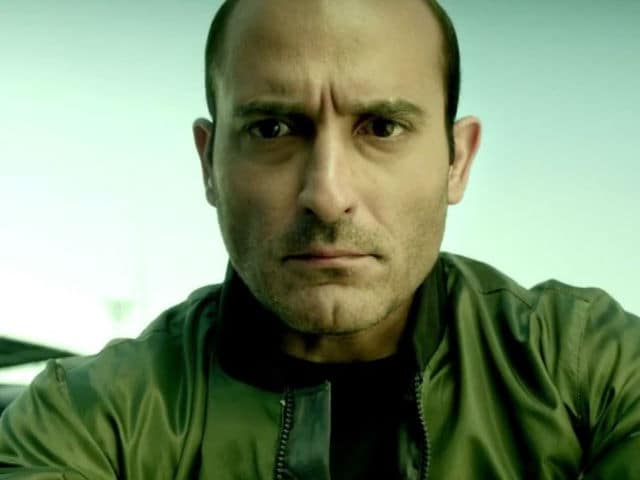 Akshaye Khanna in a still from Dishoom.

Actor Akshaye Khanna, who made a comeback after four years with Dishoom, said that he wants to do small roles in a few films for now.
Akshaye said that he did Dishoom because he liked the script and it was an interesting concept. Directed by Rohit Dhawan, Dishoom starring John Abraham, Varun Dhawan and Jacqueline Fernandez, released on July 29.
"The role really excited me and we had a great cast. Since I had taken such a long break, in the first three to four films, I wanted to do substantial roles but smaller parts just to get back into the rhythm," Akshaye told IANS here.
Akshaye, son of veteran actor Vinod Khanna, said that he was also approached for a role in the second season of 24.
"Anil Kapoor wanted me to do a small part but that part didn't excite me. He is a good friend and I am a very good friend of his. So he did ask me, but I just didn't feel it was right for me," said Akshaye.
However, he is impressed as Anil Kapoor has managed to make 24 despite the budget constraints in India.
"Initially, he (Anil) told me that he has got the rights of 24 but I was a little sceptical because if you see the American show, it's so big and their production value is so huge," said Akshaye.
"I know our TV budgets in India cannot support and afford that kind of production value. Besides, the writing is so good there. So, I wondered if we can really adapt it without compromising on the quality," he added.
Akshaye also praised the entire team of 24.
"When I saw the first season of 24, I was really impressed because I know the kind of budgets they are working on. I thought that as a production house and team, they have done a damn good job. The writing is not as good as in the west but it's not bad at all," said Akshaye.
(Except for the headline, this story has not been edited by NDTV staff and is published from a syndicated feed.)