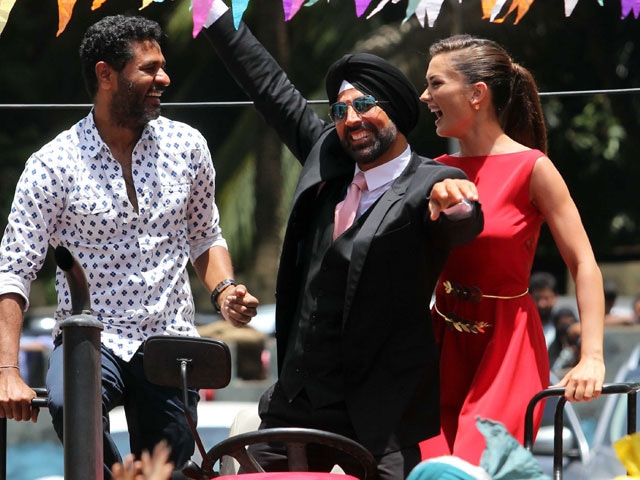 The opening day collections out-dazzled Akshay's other 2015 releases like Gabbar Is Back (Rs 13.05 crores), Baby (Rs 9.3 crores) and Brothers ( Rs 15.20 crores ) by a fair margin, to emerge as his "biggest opener." (Also Read: Singh is Bliing. How Much Bling? This Much)
Akshay, who stars as Raftaar Singh in the movie, was also congratulated by his 'happiest cheerleader', wife Twinkle Khanna.

Balle Balle Mr Singh-A fantastic start!Now hoping I get some bling for being his happiest cheerleader #SinghIsBliingpic.twitter.com/cJ7SyQJfoJ