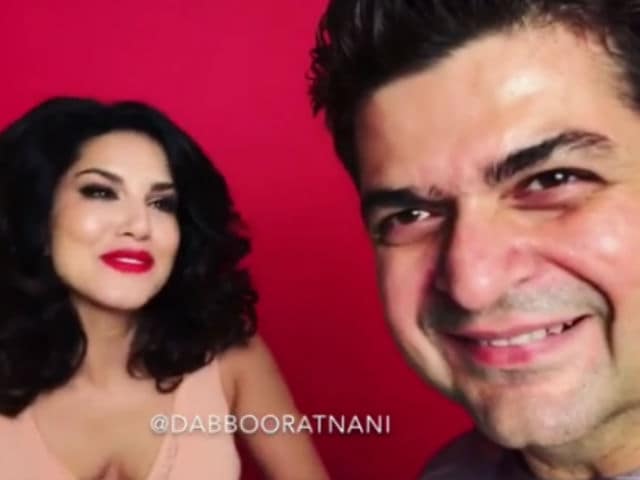 Dabboo Ratnani shared a series of videos from the shoot (Image courtesy:dabbooratnani)

It's that time of the year again, when celeb photographer Dabboo Ratnani launches his star-studded calendar, featuring the best of Bollywood. Like always, this time too, the calendar stars some of the A-listers of the industry- Shah Rukh Khan, Alia Bhatt, Aishwarya Rai Bachchan, Priyanka Chopra, Vidya Balan, Sunny Leone, Jacqueline Fernandez, Sanjay Dutt, Ranveer Singh, Shraddha Kapoor, Farhan Akhtar, Sonakshi Sinha, Arjun Rampal, Abhishek Bachchan. Disha Patani and Tiger Shroff are making their debut this year. Last night, the ace photographer launched the calendar in a star-studded party, just like his calendar pages. Shah Rukh Khan, Sunny Leone, Rekha headlined the launch. Now, the stars are giving us a glimpse of how Dabboo Ratnani has captured them from his lens.
The Dear Zindagi star Alia Bhatt has been captured in her best smile and looks completely adorable inside the pool with a flower band.

Photo by @dabbooratnani -Hair and make up by @tomasmoucka and styling by @hitendrakapopara love this shot!

This drool-worthy picture of Tiger Shroff in his shredded physique is one of the actor's best so far. We bet.

Earlier this week, Dabboo Ratnani posted a series of videos of himself with the stars who are featuring in the 18th edition of the calendar.
Varun Dhawan features as a rockstar.

My 5th shoot for the maestro @dabbooratnani and he told me you gotta keep the #faith. #Georgemichael #respect. Hair by Aliam and styled by @nitashagaurav thank u. Shot this in all of 8 min

The invitees of Wednesday's party apart from Shah Rukh Khan were Varun Dhawan and Vidya Balan, and others. However, Raees Shah Rukh Khan managed to attract the paparazzi as he posed with the image of himself from the calendar with the Raees jacket on. He made sure that he captures Daboo Ratnani too.
Shah Rukh Khan and Sunny Leone will be in Raees that releases in a couple of weeks. Ranveer Singh meanwhile is busy shooting for Padmavati and Priyanka, who made her debut appearance at Golden Globes is prepping for Quantico and Baywatch.