Alia Bhatt: I Look Too Young to Work With Khans 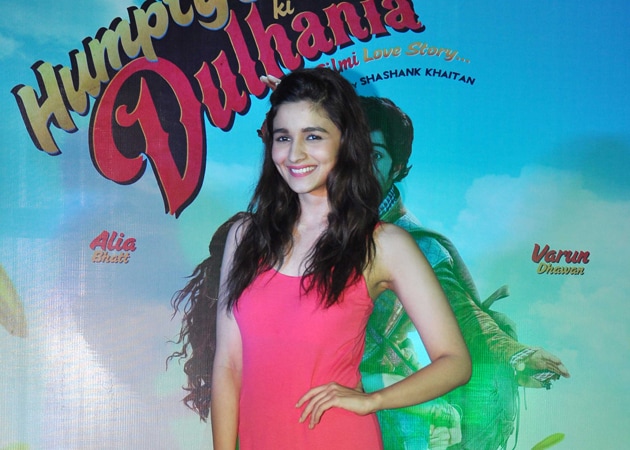 Bollywood's reigning Khans are in their late 40s and 21-year-old Alia Bhatt feels she needs to look more matured to look convincing with the superstars.
When asked if she thinks she is too young to be paired with the Khans, Alia said: "I am right now definitely (young) because I look small not age wise, age is just a number, but my face. I am just maturing right now - from Student Of The Year till now you can see a difference. "
"So, when I become a little more matured looking, then it can work. But having said that I have done a film with Randeep Hooda, in which I looked too young without make-up, which didn't look bad at all. So if there is a scope or a character and a role like that then it will work," she said in an interview.
The actress, who has worked with new actors like Varun Dhawan and Sidharth Malhotra, is yet to team up with the likes of Shah Rukh Khan, Salman Khan and Aamir Khan.
Alia's good fortune in filmdom started with her debut vehicle and the actress says success and accolades bring a lot of pressure.
After hitting a hat trick with her first three films - Student of The Year, Highway and 2 States, she recently appeared in Humpty Sharma Ki Dulhania, which also got a favourable response at the box office.  (Also Read: Alia will star with Ranbir in Ayan Mukerji's next)
Asked if she feels under pressure after doing so well in Bollywood, she said: "Yes, I am constantly under pressure because success becomes a burden on your shoulders, so do the flops. So with every film, no matter how bad or good, there would be pressure."