Alia Bhatt: It is Not My Fault That My Father is a Director 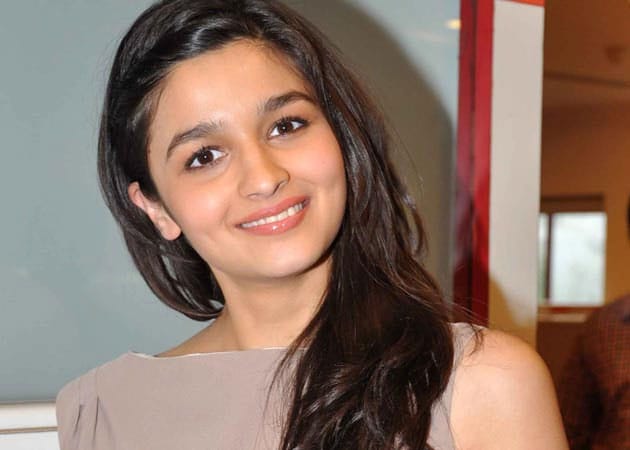 Alia will be seen in Humpty Sharma Ki Dulhania opposite Varun Dhawan.

Being filmmaker Mahesh Bhatt's daughter doesn't make her privileged. Being successful doesn't make her snobbish. And despite all the luxuries and luck, Alia Bhatt says her survival in filmdom is as difficult as any outsider and she has to work harder too to stay put.
"We get a platform, but we work as hard as an outsider. It's not my fault that my father is a director. He has made a mark, so I can't go with that tag for the rest of my life," said Mahesh Bhatt and Soni Razdan's daughter. (Also read: I Would Like to do a Serious Film With My Mother: Alia Bhatt )
Post her starry entry with Student Of The Year; she hit a hat trick when her following two films - Highway and 2 States - too hit the bull's eye at the box office. And now all eyes are set on her next - Humpty Sharma Ki Dulhania.
"Obviously my name will always be related to him because he is my father. I agree if I had not been Mahesh Bhatt's daughter, the visibility that a girl called Alia wanted to work wouldn't have been there," Alia said in a group interview.
Despite having a Bhatt surname, she had to audition to bag the lead role in Student Of The Year. (Also read: I Want to Work With Rohit Shetty: Alia Bhatt )
Audiences and box office are not lenient with star kids and only promote talent.
"If I had not proved myself with my other two films, then audiences would not have accepted me. If I didn't have that in me then obviously there would have been that struggle, but obviously there was something that connected me with the audience that is allowing me to be able to choose and be happy with my work," said Alia.
The young and successful 21-year-old claims to have her feet grounded.
"No, success shouldn't sink in because then it goes to your head and you become over confident. Your work starts suffering. People start getting irritated. I don't think that will ever help you to grow as an actor and a performer," said the actress.
Alia doesn't only act, she sings too and went behind the mike to croon Main Tainu Samjhanva Ki for Humpty Sharma Ki Dulhania, a modern tribute to Dilwale Dulhania Le Jayenge.
Talking about her role in Shashank Khaitan's directorial, she said, "I am playing a girl called Kavya who belongs to a small town Ambala. Her concerns in life are very restricted. Her ambitions are not too high.
"Her motto in life is very simple like getting married in designer Manish Malhotra's lehenga and therefore she is carefree. She is always stress free, unlike me. Kavya gets happy without thinking much. And that is the reason why she is one different type of girl," she added.