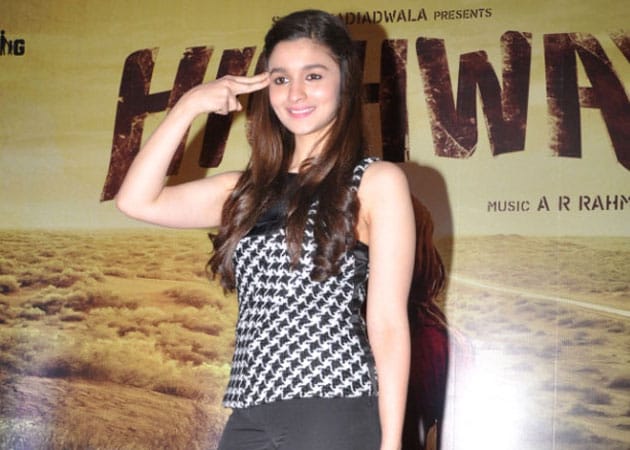 Highway will hit the theatres on February 21.

It seems the promotions of Highway seem to have taken their toll on Alia Bhatt.

It seems the promotions of Highway seem to have taken their toll on Alia Bhatt.
After a six state journey whilst shooting, a screening at the Berlin film festival and promotions across have exhausted the 20 year old actress. "I am exhausted at the moment but my mood varies from exhaustion to anxiety and nervousness and Imtiaz has allowed me to feel nervous. It's okay to be nervous."
However, we could not help but notice that the actress, who  wore a bored expression at the media interactions in Delhi, sounded disinterested in questions being put to her or was it something else pinching Alia other than her stilettos?
When asked if she was excited about her next Two States, she said, "Yes, I am so looking forward to the promo, but not to promoting it."
Why? Has Highway worn her out that much?
"No, I am off to shoot another film in Chandigarh," came the cryptic response.
So, with A R Rahman giving his approval to Alia's recent debut as singer, and encouraging her to cut an album, will we see a collaboration?
"I don't think he said. I think he has been misquoted but yes, in the long haul sounds good. I will take music seriously," was the response.

The actress feels Highway will be a game changer and will silence those who thought she couldn't put the act in acting!

Well Alia, maybe some enthusiasm is well. And hopefully the actress will sing a far happier tune closer to the release of Two States.