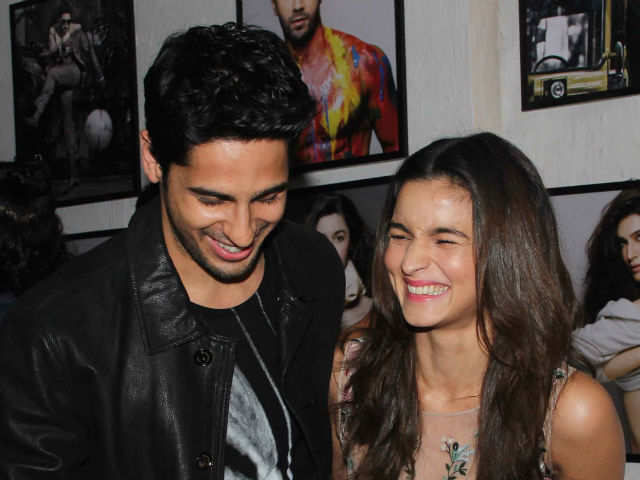 Alia and Sidharth are rumoured to be in a relationship

"That's my reaction. I know there is a song in the film called Bolna but I don't want to Bolna," said Alia. The actress was unveiling the latest cover of Filmfare with her Kapoor And Sons co-star Fawad Khan

The new week started early for actors Alia Bhatt and Fawad Khan who unveiled the latest cover of Filmfare Magazine on Monday. Yes, the two co-stars from Kapoor And Sons may have made it but the one missing was Alia's rumoured off-screen good friend and actor Sidharth Malhotra.
The two had made it to the cover of another magazine about which she refused to comment. "That's my reaction. I know there is a song in the film called Bolna but I don't want to Bolna," said Alia.
Fawad and Alia may have featured on the cover together but had little or no idea about each other's work. "Before I started the film, I had not seen his work but heard a lot about him from my mother and her friends. That's when I realised that he has a great fan following," said Alia.
Fawad, though, had seen a couple of Alia's films.
"I have seen Highway and a bit of Humpty Sharma Ki Dulhania. She is obviously someone who has achieved so much at such a young age," the actor said.
And while a lot of Indian films don't find a release in Pakistan, the Khoobsurat actor had a few things to say about the censorship issues back home.
"Eventually the audience will find a way to watch the film. They may not watch it in halls but they will watch the film they want to watch nonetheless. What really happens is that it just economically hurts the parties involved in the business. But it's all relative.
Like there's a controversy in Pakistan where some say Neerja was not allowed to release. Others say it was never presented to the censor board. Having said that there are still some wonderful films playing in Pakistan," said Fawad.
Well, here's hoping there's no such problem with Kapoor And Sons.