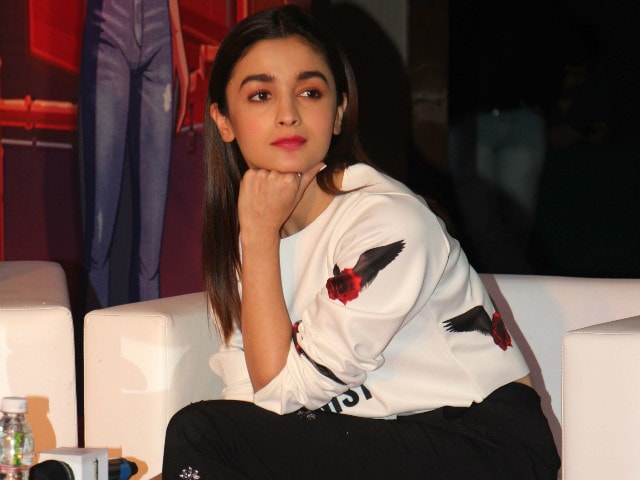 An unconfirmed report claims that actress Alia Bhatt recently had a rather unpleasant moment when going home at night from rumoured boyfriend Sidharth Malhotra's place. Alia, 24, was visiting Sidharth in Bandra and, when leaving late at night, phoned her bodyguard to escort her home, reports SpotboyE. It was reportedly 3 am or thereabouts when Alia left Sidharth's place and she had to make several calls to her bodyguard before he answered, SpotboyE claims. When she was in the car, Alia Bhatt realized from his slurred speech that her escort was drunk, reports SpotboyE. She waited until she got home to rebuke the bodyguard for being drunk, which he denied, and then told her mother Soni Razdan who terminated his employment, reports SpotboyE. None of this has been corroborated by either Alia Bhatt or Soni Razdan.
A-listers like Alia rarely go out without an escort - Salman Khan's bodyguard Shera is a close confidante of the actor and core member of his entourage. A year ago, Akshay Kumar tweeted that he had taken strict action against his bodyguard at the time who had punched a fan of the Khiladi actor for trying to click a selfie with him at the Mumbai airport.
Alia Bhatt is a regular at Bollywood parties and has often been spotted arriving and leaving with Sidharth Malhotra, her co-star from the films Student Of The Year and Kapoor And Sons. She was recently photographed driving with Sidharth to Karan Johar's party for celebrated designer Christian Louboutin.
Alia Bhatt was in three big films last year - Kapoor And Sons, Udta Punjab, and Dear Zindagi. She starred with Varun Dhawan in the very successful Badrinath Ki Dulhania this year. She will next be seen in Ayan Mukerji's Dragon, in which she will co-star for the first time with Ranbir Kapoor.