"I love her, I adore her working style. She is a very unique human being. The way she thinks is the way her writing translates. I believe she is a genius," Alia Bhatt said about her experience of working with Gauri 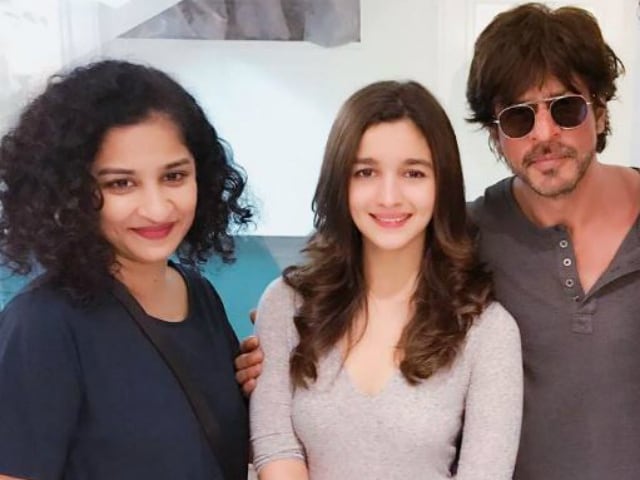 Actress Alia Bhatt, who has worked with director Gauri Shinde for the first time in her career, calls her a genius. Gauri directs the 23-year-old actress in Dear Zindagi, co-starring Shah Rukh Khan. The slice-of-life film is set to release this Friday. Gauri Shinde is bringing Shah Rukh, 51, and Alia, 23, on screen together for the first time. Alia plays the role of an aspiring cinematographer Kaira in Dear Zindagi while Shah Rukh features as a counsellor of sorts, who takes up the role of guiding Kaira through her life. Shah Rukh's character is named Jehangir Khan or Jug.
"I love her, I adore her working style. She is a very unique human being. The way she thinks is the way her writing translates. I believe she is a genius," Alia Bhatt told IANS when asked about her experience of working with Gauri.
The ad film maker-turned-director kicked off her career in Bollywood with the critically acclaimed film English Vinglish, starring Sridevi. She is currently busy promoting Dear Zindagi.
Alia also revealed that she has become more expressive towards her family after doing this film.
"After doing this film, I have become very expressive towards my family. Each film teaches me something and I just feel grateful that my parents are healthy, alive and are such amazing individuals. I try to make most of the time with them," she said.
Dear Zindagi also features Aditya Roy Kapur, Kunal Kapoor and Angad Bedi, each of who are cast opposite Alia.