Alia Bhatt Says She Will 'Renew' Herself With Each Film

"It's true that things are happening fast in my career but I am not scared of it right now. It's great. I feel very grateful and privileged to be able to work with so many great directors and actors," said Alia Bhatt 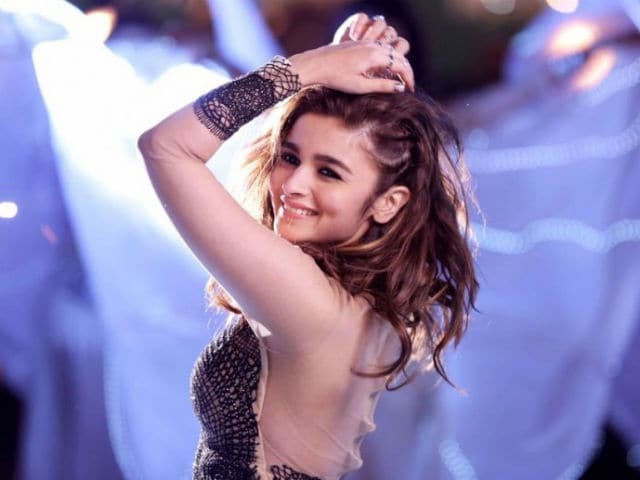 Alia Bhatt in a still from Shaandaar.

Things have never looked better for Alia Bhatt, but the actress said that she wants to better herself with each film rather than being affected by success.
Her latest release, Udta Punjab, has helped Alia to cement her acting credentials further and the 23-year-old actress said that she wants to enjoy this phase in her life without bothering about the number game.
"It's true that things are happening fast in my career but I am not scared of it right now. It's great. I feel very grateful and privileged to be able to work with so many great directors and actors. I want to do as many films and play as many parts as I can," Alia told PTI.
"I prefer not to see myself at the top, middle or the bottom. I don't like to think that I am at the top because that will eventually come to you with your work or the way you deal with people. I will refresh and renew myself with each film," said Alia.
Alia played a Bihari migrant in Udta Punjab, which also cast Shahid Kapoor, Kareena Kapoor Khan and Diljit Dosanjh.
"I am very happy with the kind of response I have been getting. I am not a method actor. I believe in the moment and I am very spontaneous like that. I couldn't relate to my character but I could empathise with her and the situation she is in," said Alia.
To play the role, Alia had to get into a particular zone and that affected her adversely.
"I keep saying that it was most exhaustive 21 days of my life because my character demanded a lot of physical strain. Emotional stress was high. There were nights when I used to wake up with bad dreams. It took a toll on my health. It took me a while to get over it," Alia said.
Alia also silenced critics who had slammed her accent when the trailer released.
"I always say that if people have an opinion after seeing the movie, fair enough. But to have opinion based on the trailer is not fair because you have not seen the whole content. I was confident that we didn't stereotype anyone," said Alia.
Alia feels that the board should concentrate on certification rather than censoring content.
"They should concentrate on the certification and that will bring an overall change. We all are working towards it now and hopefully, it will change in a few years. In our case (Udta Punjab), all is well that ends well. There was a good intention and which is why we won the case and everybody was on our side. The intent of the film was very honest," said Alia.
(Except for the headline, this story has not been edited by NDTV staff and is published from a syndicated feed.)