The reason actresses don't talk about their private lives is because in our society there is a lot of slut-shaming. Eventually, I have a responsibility and I have to protect myself," said Alia Bhatt 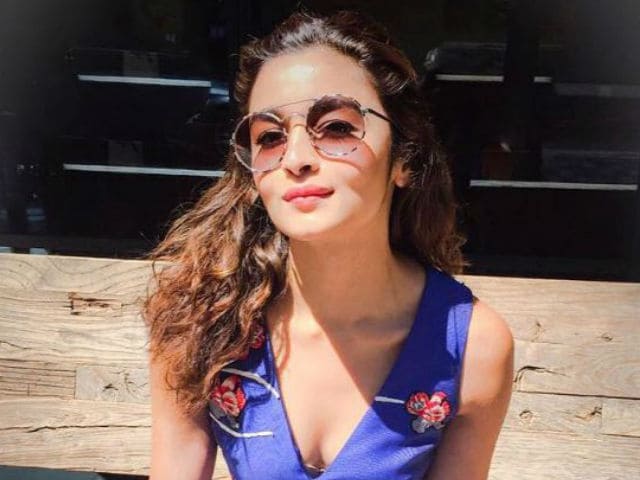 The world is endlessly fascinated by Alia Bhatt and everyone wants to know who she's dating. Is it Sidharth Malhotra, with whom she's spotted so often? An answer from the 23-year-old actress isn't going to be so easily come by but she will, at least, tell you why she - and so many of her colleagues - choose silence over soundbytes when it comes to their private lives. This would be an answer with a "real price to pay," Alia told Huffington Post.
It is the fear of moral policing that makes actors stop short of acknowledging a relationship, said Alia. The public is falling over itself for details on real life celebrity romances - the very same public is the quickest to judge and condemn the celebrities involved, particularly female stars.
"In India, you are a part of a society that's very judgmental. Here, girls who have multiple boyfriends is still a huge deal and something that is frowned upon. I mean, look at Taylor Swift. She's dated, like, everybody. But if she was here, she'd be totally shamed for making those choices. Her image and appeal would be very different. The reason actresses don't talk about their private lives is because in our society there is a lot of slut-shaming. Eventually, I have a responsibility and I have to protect myself," Alia told Huffington Post.
"It's important that I am seen in a certain way, it's just the way it is. Speculations about celebrities are commonplace but as long as it's not coming from the horse's mouth, you're quite safe, so to speak," she added.
The consequences of frankness are not to be taken lightly, Alia said. Were she to officially admit that she's dating Sidharth, the potential perils are many.

"Okay, suppose I say that but is it necessary that it stays that way? What if tomorrow I am not in love with him and feel differently about it? Then what? It's not written in stone, is it? And I don't want to be in a position where they come after me because I broke up with a dude. "Oh, aapka break-up ho gaya, ab agla kaun? Who's next?" This shallow and stupid thinking is just the reality of our society which doesn't allow women to be the way they'd like to be - free and independent," she said.
Word.
Alia Bhatt also discussed Bollywood privilege and one rather famous colleague in the interview with Huffington Post. Here are excerpts:
Nepotism in Bollywood
"I think those who talk about nepotism are a really, really jealous lot. If you aren't talented, you can't survive. Yes, the process to get there is simpler but once the film is out there, you are either 'in' or 'out.' Without taking names, I'd like to say that there have been enough sons and daughters of lineage who have come and gone without achieving much success. What about that? Why constantly bring the nepotism argument?" said Alia Bhatt, daughter of famous parents.
The K-Factor
"Kareena is phenomenally talented and I am still a learner in comparison. People are still discovering me as an actor, much like myself, so there's a lot for them to explore in me. Which is perhaps why my performance stands out. There's a lot of shock value when they see me do it. I'm still getting discovered, Kareena is already a veteran in the game," she said of her Udta Punjab co-star.