The co-stars turned friends have coincidentally taken up houses in the same locality, which are also not too far from each other 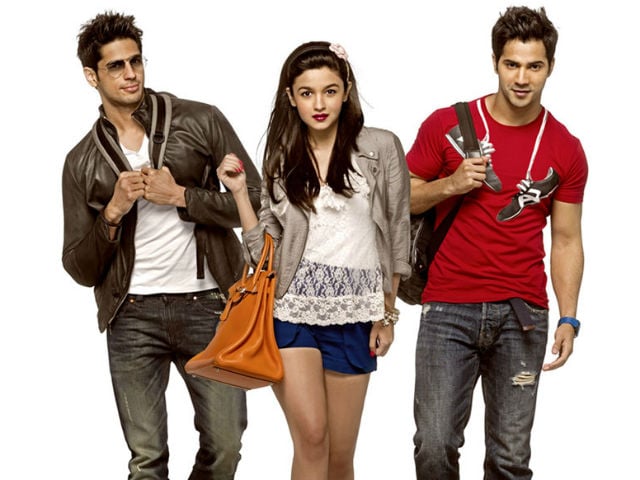 A poster of Student of The Year

After making their Bollywood debut together in Karan Johar's Student Of The Year in 2012, Alia Bhatt, Varun Dhawan and Siddharth Malhotra have reportedly shifted their abode to the same locality.
According to a leading daily, the co-stars turned friends have coincidentally taken up houses in Juhu, which are also not too far from each other.
The reports further stated that Baar Baar Dekhostar Sidharth wanted a house that has more space so that his parents, brother and sister-in-law could come over and live for longer duration. So he, after consulting his parents, zeroed on a semi-furnished property.
Highway actress Alia will soon move to her own place in Juhu along with sister Shaheen.
And Dishoom actor Varun, on the other hand, has also shifted to the vicinity. His apartment is just two floors below his parents in the same building.
On the work front while Alia will next be seen in Gauri Shinde's Dear Zindagi and Karan Malhotra's Shuddhi. Sidharth and Varun will be seen in Fox Star's Reloaded and Judwa 2 respectively.
Varun and Alia will also co-star in Karan Johar's Badrinath Ki Dulhania.
(Except for the headline, this story has not been edited by NDTV staff and is published from a syndicated feed.)