"She has evolved from a reasonably good talented beginner to an extraordinary actor in Udta Punjab. She has nailed it in that film. I wonder where this emotional intelligence is coming from," said Mahesh Bhatt 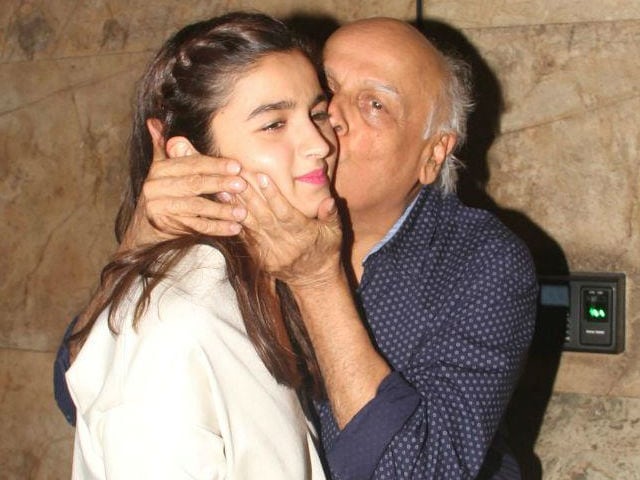 Filmmaker Mahesh Bhatt says he is proud of his daughter Alia Bhatt's work and feels she must taste failure as well.
In her five-year career, Alia has garnered rave reviews for her acting and also got commercial success with films like Highway, 2 States, Humpty Sharma Ki Dulhania, Kapoor and Sons, Udta Punjab, barring Shaandaar that did not do well.
"It's good. She (Alia) should taste failure. She is just a human being like everybody else," Mr Bhatt told PTI.
The Saaransh helmer looks at the work of his 23-year-old daughter with pride.
"She has evolved from a reasonably good talented beginner to an extraordinary actor in Udta Punjab. She has nailed it in that film. I wonder where this emotional intelligence is coming from. Alia staggered me in Udta Punjab," the 67-year-old filmmaker said.
Nowadays, quite a few Bollywood actresses are going to the West to explore new options.
When asked if he would be okay with Alia going to Hollywood, Mr Bhatt said he will be a supportive father.
"She is an adult who is far more successful than I would have ever imagined her to be at this age. She is the master of her own life. She is the captain of her ship. She can do whatever what she chooses to do, I will walk with her, help and applaud her," he said.
The Arth director is excited about his upcoming TV show Naamkarann, of which he is the creative writer.
(This story has not been edited by NDTV staff and is auto-generated from a syndicated feed.)