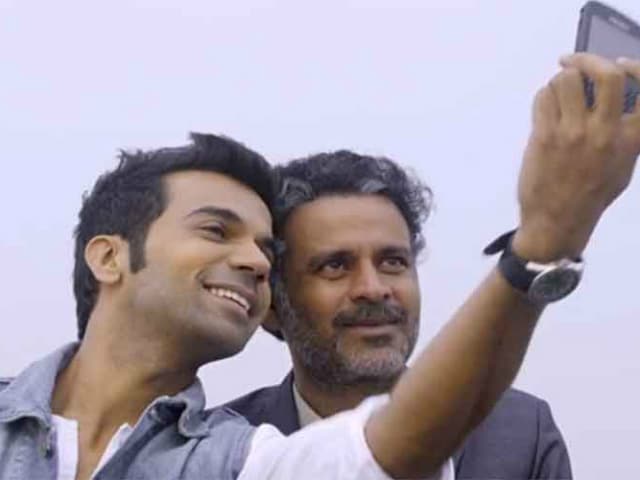 A still from Aligarh.

"If the makers feel it is not justified then let them take a public opinion on this. Tell me, is the subject of homosexuality for kids? For teenagers? We have already cleared the film and now they are creating a controversy. This is a cheap publicity stunt by him (Hansal Mehta)," said Mr Nihalani

Censor board chief Pahlaj Nihalani, on January31, alleged that director of Aligarh, Hansal Mehta is making an issue out of the A certificate given to the movie's trailer to garner publicity.
Aligarh, starring Rajkummar Rao and Manoj Bajpayee, is based on the life of professor Shrinivas Ramchandra Siras, who was fired from his job because of his sexual orientation.
Mr Mehta had criticised the censor board for the A certificate, saying he was "surprised" by the cuts they asked for in the film and termed the board "homophobic". At the trailer launch of the movie, Mr Mehta told PTI: "When the censor board saw the film they asked for certain cuts. I am a bit surprised by the cuts they have asked for. The film in many ways is about loneliness, relationships, rejection. It's about a homophobic society. What has happened is the censor is behaving exactly like the people who suspended professor Siras."
Mr Nihalani, defending his decision, said that the topic of homosexuality is not for kids and teenagers.
"The certification we have given to the trailer is according to the content. If the makers feel it is not justified then let them take a public opinion on this. Tell me, is the subject of homosexuality for kids? For teenagers? We have already cleared the film and now they are creating a controversy. This is a cheap publicity stunt by him (Mr Mehta)," Mr Nihalani told PTI.
Mr Mehta had alleged that by giving the trailer an A certificate the censor board has "put a stop to the promotions" as the promo will now run only with an adult rated film.
Mr Nihalani said that the Censor board is not trying to sabotage Aligarh.
"The film deals with homosexuality, we have given the trailer an A certificate and it will run with other adult films. We are not trying to sabotage the film at all. It is on the makers to accept it or not. If they want to go to the revising committee or tribunal they can go so by all means. In fact, we will be happy if they get the desired results from there," he added.
Mr Nihalani further said it is unfair to compare A certificate given to Aligarh with the promos of adult comedies Mastizaade and Kya Kool Hai Hum 3.
"The subject (of homosexuality) is such that I think he (Mr Mehta) was scared. They are now creating a fuss over the trailer. Films cannot be compared with each other. You cannot say 'That was passed so why not this', everything has to be viewed in the context. It is absolutely unfair to do that," he added.
"Mastizaade had 350 cuts, Kya Kool Hai Hum 3 had 200 cuts before they were passed. In fact, we have given an A-Certificate to Aligarh, but have not cut any visual scenes. There are only a few verbal cuts. Rest everything has been passed. So how can they say we are sabotaging the film because it's about homosexuality? This is sending out a wrong message. We have cleared his film," Mr Nihalani added. (Also Read: Manoj Bajpayee's Aligarh Trailer is Getting a Whole Lot of Love)
When asked about the new committee appointed by the Centre to look into the working of the board, which has been at the receiving end of criticism by filmmakers for its decisions, Mr Nihalani said that a few people will still be unhappy.
"Even if new rules are framed in the future regarding certification, filmmakers will have certain problems regarding a few things. This is a never ending debate," he said.