All You Need To Know About Alia Bhatt, Kareena Kapoor's Upcoming 'Special' Performance 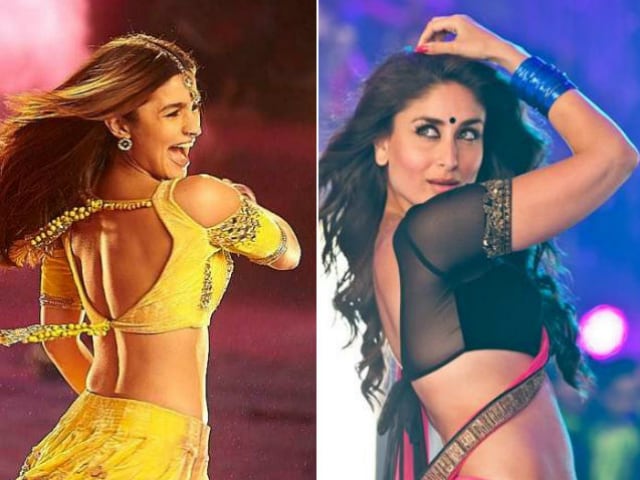 Alia Bhatt, who stars in this week's Badrinath Ki Dulhania, will reportedly dedicate her upcoming award show performance to her Bollywood mentor Karan Johar telecasted on Saturday. The 23-year-old actress made her Bollywood debut with Karan Johar's Student Of The Year. The Highway actress will perform to a string of songs from films produced or directed by Karan, IANS reported the channel as saying. She will also incorporate elements from various actors who have featured in his films. Alia's recent film was also under Karan's production, where she played the role of a young independent woman, Vaidehi, who refuse her marriage proposal by Badri (Varun Dhawan) as she has plans for her career. Badrinath Ki Dulhania is off to an 'impressive start' and has managed to collect Rs 12.25 crore on the opening day, reported trade analyst Taran Adarsh.
Not just this, the channel source revealed to IANS that Kareena Kapoor Khan will also give a special performance and dedicate it to her co-stars Shah Rukh Khan (Ra.One and Asoka), Salman Khan (Bodyguard and Bajrang Bhaijaan), Aamir Khan (3 Idiots) and her husband Saif Ali Khan. It will be a visual treat for Kareena's fans to see her dance as it has been a long time since she performed at an award show.
The Jab We Met actress, who gave birth to her son Taimur Ali Khan Pataudi in December last year, will reportedly perform to a medley of her hit songs from her films with the Shah Rukh, Salman, Aamir and Saif. Also, this will be her first live performance since giving birth to son, Taimur. IANS added reporting, "Kareena will be styled by her close friend and designer Manish Malhotra for the performance." Earlier, Katrina was reportedly due to perform, but due to an injury, she refused.
(With Inputs by IANS)