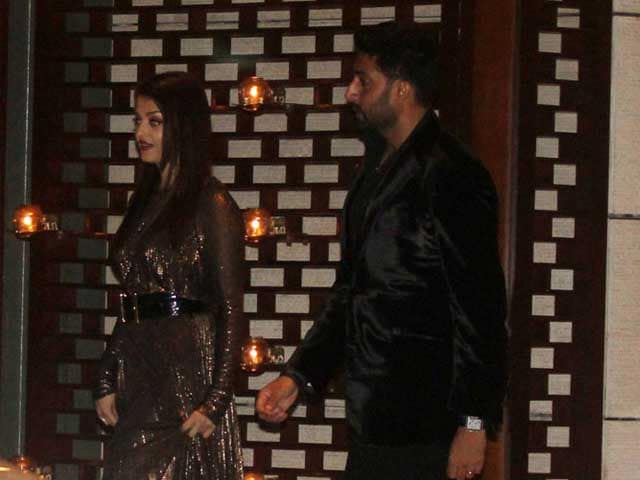 Aishwarya and Abhishek Bachchan outside the Ambanis residence, Antilla, in Mumbai

Antilla, the Mumbai home of the Ambanis, was flooded with blue at a party on May 25 to celebrate the Reliance-owned Mumbai Indians' IPL victory.
The celebrity roster were led by Bollywood royalty Abhishek and Aishwarya Bachchan, all dressed up in metallic Blumarine, and cricket royalty Sachin Tendulkar with his wife Anjali. 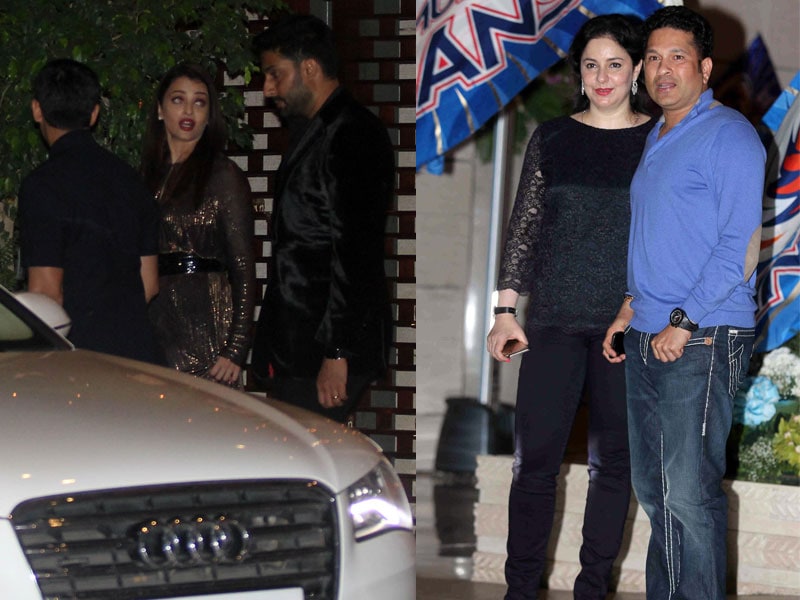 The Ambanis bustled about welcoming guests. Nita Ambani was resplendent in rainbow silks and her sons, Akash and Anant, kept each other company. 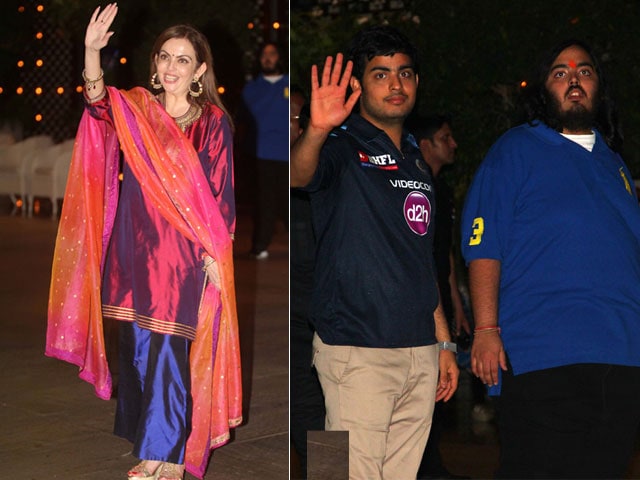 Blue was the colour of the evening, with the Mumbai Indians mostly still in their cricket kit. Harbhajan Singh and actress girlfriend Geeta Basra were driven to the party. Lasith Malinga, Pragyan Ojha, Robin Singh, Unmukt Chand, Parthiv Patel and Jagadeesha Suchith were spotted either driving or walking down to the venue.

Also invited were coaches Ricky Ponting, Jonty Rhodes with wife Melanie and daughter India, and Shane Bond. John Wright, former coach of India and currently on the support staff for Mumbai Indians, was at the party too.
 The smattering of non-cricket guests included filmmaker Vidhu Vinod Chopra and his wife Anupama, and music composer Anu Malik.