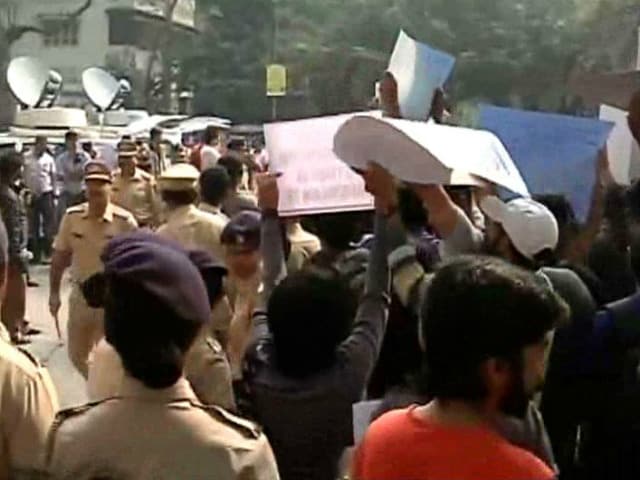 The students held protests ahead of Gajendra Chauhan's visit to the Pune film institute.

At least 20 students were hit by batons or lathis as they protested today ahead of Gajendra Chauhan's arrival, some of them were detained by the police. "Go back, go back" chanted some as Mr Chauhan entered the school, where he will spend the day holding meetings with officials

Amid slogans of "Go back, go back", Gajendra Chauhan arrived at the prestigious Film and Television Institute of India (FTII) in Pune for the first time since he was controversially appointed as its Chairman in June last year.
Students protesting before his arrival were hit by lathis or batons by the police; women students alleged they had been "manhandled". However, senior police officer Tushar Joshi said, We had asked the students to demonstrate peacefully, but we had to use force because they wanted to block the way to the institute and therefore we had to detain them. We used minimum force."
Mr Chauhan said "We have come to do our job" before he presided over a meeting of officers of the institute. The members include four that students object to along with Mr Chauhan, flagging them as "political appointees."
The 55-year-old film school in Pune prides itself on quality cinema and has turned out some top filmmakers. It is governed by the Ministry of Information and Broadcasting. 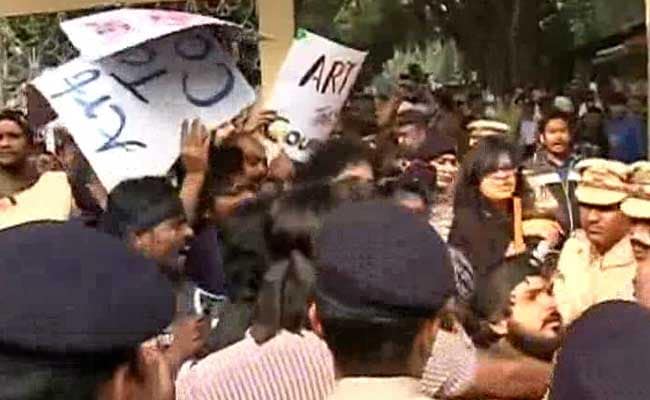 Critics, including some students, say Mr Chauhan, an actor known for little apart from his role in the 1980s TV serial on the Mahabharata, lacks the stature to head an academic institution - an allegation denounced by the government. Mr Chauhan, who campaigned for the BJP ahead of the national election and has been a party member since 2004, has said his political views will not influence his policy or decisions for the film institute. (Also Read: Gajendra Chauhan to Take Charge As FTII Chief, Students Plan Protest)
For nearly four months after he was selected as chair, students on campus went on strike to demand his removal. Their critics pointed out that many of the protesting students had bust deadlines to submit their final projects and graduate, and were staying on a campus that provides highly-subsidised hostel facilities.