"I have not consciously picked up different genres, but yes I am conscious of stories," said Amit Sadh 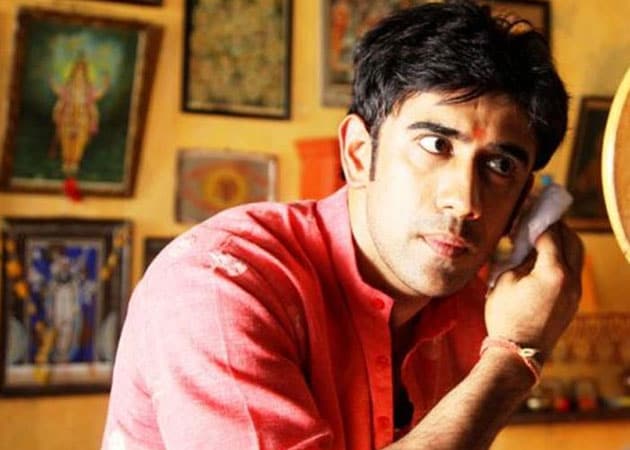 Amit Sadh in a still from Kai Po Che!

Actor Amit Sadh, who has starred in films across genres, said that it was an unconscious decision on his part, reported news agency IANS. He also ensures his roles are "different" in each film and that he always opts for stories that are fresh and new. The actor will soon be seen co-starring with megastar Amitabh Bachchan in Sarkar 3. In the film, Amit features in the role of Sarkar's grandson Shivaji, who has been described in the trailer as the 'upstart'. "I have not consciously picked up different genres, but yes I am conscious of stories. I look for new stories and hence, the change. I always want to see different worlds and because of that I think all my films are different from one another," IANS quotes Amit as saying.
Talking about his upcoming films, the Guddu Rangeela actor said that he has a gangster movie in the pipeline, in which he features in dual roles. "Yaara is a gangster film with me, Vidyut Jammwal and Shruti Haasan. That's with Tigmanshu Dhulia (director). I will play a 25-year-old and (also) a 65-year-old man," Amit told IANS.
Amit Sadh is well known for his role in 2013'Kai Po Che! and as the male protagonist in Running Shaadi. He has also co-starred with Salman Khan in Sultan and acted in films like Phoonk 2 and Akira.
Big B's Sarkar 3 is directed by Ram Gopal Verma and casts Amit alongside actors like Yami Gautam, Manoj Bajpayee, Jackie Shroff, Supriya Pathak, Ronit Roy. Sarkar 3 hits screens on May 12 when it will clash with Parineeti Chopra's Meri Pyaari Bindu.