Amit Sadh to play a Haryanvi character in Guddu Rangeela 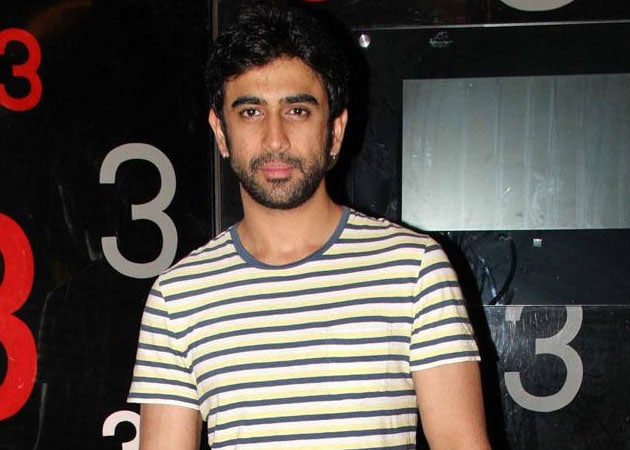 Amit got noticed in the movie Kai Po Che.

Actor Amit Sadh, for whom year 2013 brought in a miraculous career turn-over, will now be seen as an oddball Haryanvi character in Subhash Kapoor's Guddu Rangeela.

Actor Amit Sadh, for whom year 2013 brought in a miraculous career turn-over, will now be seen as an oddball Haryanvi character in Subhash Kapoor's Guddu Rangeela.
After years of struggle, including a disastrous movie debut with Ram Gopal Varma's Phoonk 2 in 2010, Amit suddenly came into his own with Abhishek Kapoor's Kai Po Che, and he has just completed a romantic comedy titled Runningshaadi.com with Tapsee Pannu where he plays a boy who runs away from Patna to Punjab at age 15.
Now he is geared for Guddu Rangeela.
"From a Bihari to a Haryanvi, I have to now do a Haryanvi accent for Subhash Kapoor's film. I also have to stand up to an actor of Arshad Warsi's calibre. I play an absolutely wacked-out character. We start shooting (later) in January," Amit said.
He got several film offers post Kai Po Che, but Amit played it safe.
"I waited so long for good things to happen to my career. I didn't want to mess it up now when I was finally noticed. I am not greedy. I am not into acting for money. I still live in a rented house and drive around in a second-hand car.
"What Kai Po Che did to my career is beyond expression. I owe the director Abhishek Kapoor this new lease of life," added the actor, who started with the small screen and was popular for his show Kyun Hota Hai Pyarrr.
Kai Po Che also gave him a great friend in the form of Abhishek Kapoor, whom the actor consults on all career decisions.
"He is a friend for life. People ask why he isn't doing another film with me. I say, that is such a frivolous way of defining friendship. I'd rather have Gattu (Abhishek) as a friend than someone I look towards for work," he said.
Tell him that Sushant Singh Rajput reaped all the benefits of the Kai Po Che success, and Amit protests, "I don't look at my success in Kai Po Che in comparison with the other actors in the film. I look at it from the perspective of what I was going through before Kai Po Che.
"I was completely lost, personally and professionally. I even did Bigg Boss in 2010."