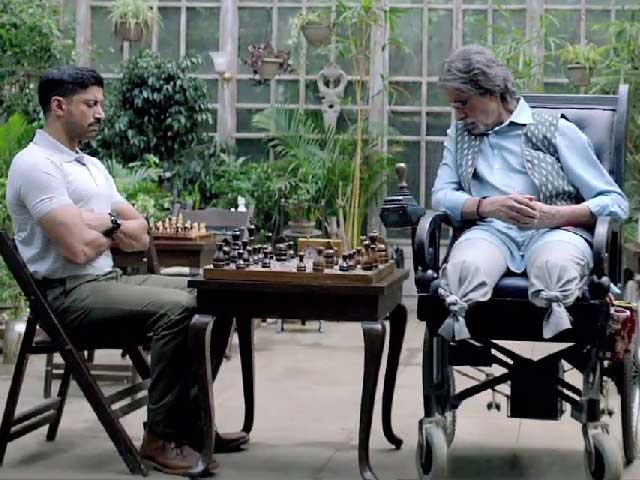 Big B and Farhan Akhtar in a still from Wazir

Big B plays a paralysed chess grandmaster in the film

Bollywood megastar Amitabh Bachchan is shooting for the 'leftover shots' from the Bejoy Nambiar-directed upcoming drama Wazir and considers them as an 'integral part of the film'.
"Work continues over Wazir, those last minute leftover shots that should form an integral part of the film, the joy of being in the company of familiar faces from production and cast, the fierce fight for the exit and its next appointment," Big B wrote on his blog.
In the film, the 72-year-old will be seen in the role of a paralysed chess grandmaster, while Farhan Akhtar will be seen as a Anti-Terrorism Squad officer. The film also stars Aditi Rao Hydari in an important role.