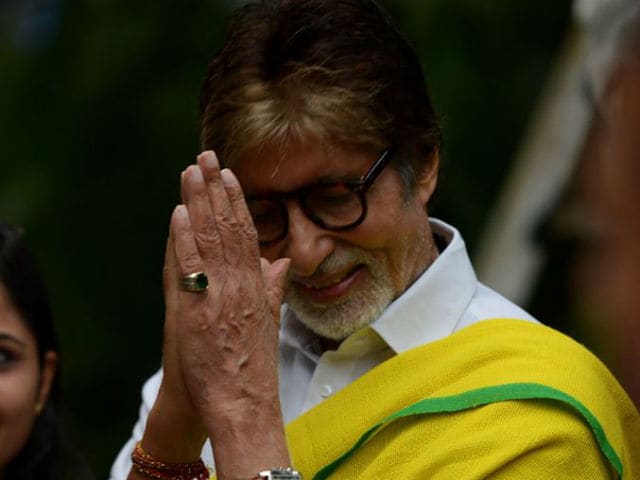 A self-confessed fan of Amitabh Bachchan was taken into police custody after he allegedly scaled the compound wall of the actor's residence in Juhu with the intent to show his "talent" to his idol.
Bullet Banwari Lal Yadav, 23, from Bihar was arrested for allegedly trespassing into Jalsa, Mr Bachchan's residence in the wee hours on Sunday, a Mumbai police official said.
Mr Yadav, who claims to be a singer, entered Big B's house by climbing the compound wall on Sunday afternoon, he said.
Mr Yadav reportedly wanted to sing a Bhojpuri song for the actor, who was recently seen in 2012 Bhojpuri film Ganga Devi. Mr Bachchan voiced the titular character in Bhojpuri dialect in Steven Spielberg's The BFG.
After Mr Bachchan's staff spotted the trespasser, they handed him over to the police. A case has been registered in this regard and investigations are underway, the officer added.
Meanwhile, Mr Yadav was produced before a local court which remanded him in police custody till August 7.
(Except for the headline, this story has not been edited by NDTV staff and is published from a syndicated feed.)