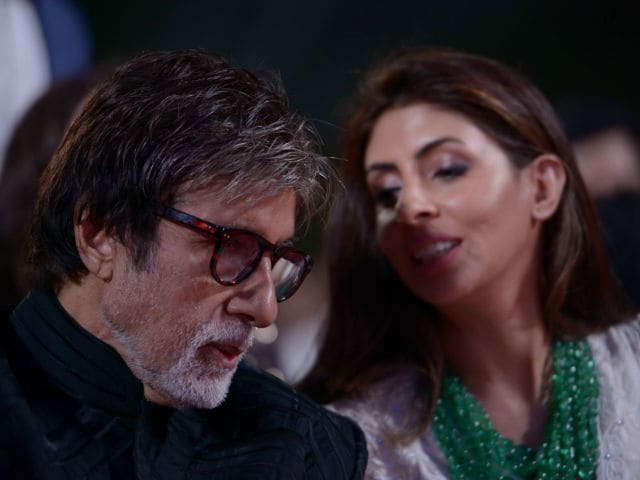 Amitabh Bachchan returned home after a while, like much of the other family members, therefore a Bachchan family gathering was in order. The 74-year-old actor wrote on his official blog that said that he returned home to the "strains of music and the giggle and gaggle of family getting together after many days." And for putting together a fabulous show, Mr Bachchan praised his daughter Shweta Nanda, who had arrived a day before the family, for making a "wonderful occasion out of nothing." Mr Bachchan wrote: "Children have congregated from all corners of the world where they were celebrating the coming of 2017, and the prettiest sound that can inhabit a home is their laughter and chatter. The daughter, having come in a day before us has very thoughtfully designed and decorated the house, and prepared with her own hands the dinner delicacies for all."
Amitabh Bachchan's son Abhishek was out for vacation in Dubai with his wife Aishwarya Rai and daughter Aaradhya. They returned last night. The Bachchan trio was photographed at the airport: 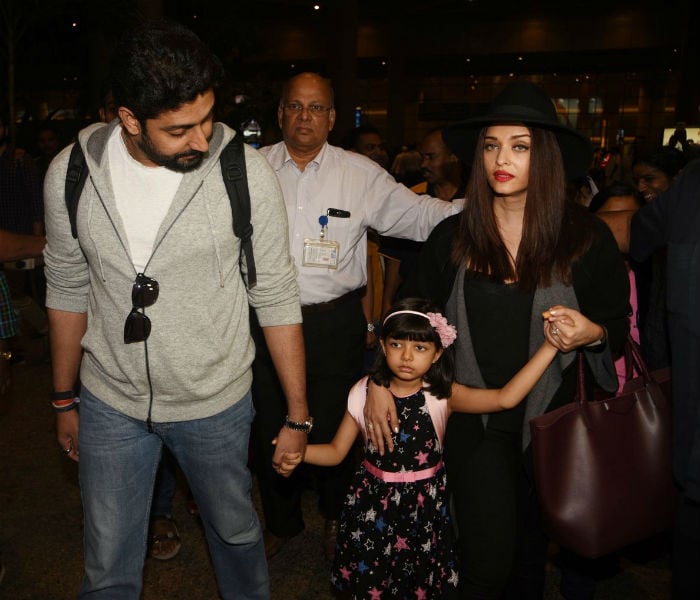 Abhishek and Aishwarya kept Aaradhya close at the airport

Big B was overwhelmed after the family get-together and wrote on his blog: "Sitting out in the ambience of the open air 'angan' of the house, it is divine and so filled with emotion. Daughters are very special and mine, Shweta, must be the most beautiful in the world. Daughters are the best."
"The care attention and the special feel for the evening, has been taken over by Shweta and she has built a wonderful occasion out of nothing. Just as she said, knowing that the family was all away over the new year in different directions, she felt it only too right to prepare an evening such as this - moving, emotional and so admirable," he said.
Mr Bachchan was recently in Delhi to shoot for a promotional video for his son-in-law Nikhil Nanda's factory. He also interacted with his grandchildren - Navya Naveli and Agastya - while "working" at the factory. Big B, as usual, shared pics:


T 2485 - To Delhi in the morning to work at son in law's factory and to be with the apples of my heart .. my grandchildren !! pic.twitter.com/EUijqXKW5W