Amitabh Bachchan Jumped On Board Pink Before He Knew Details

"It's story was first narrated to me by Shoojit Sircar and it took me minutes to agree. I did not ask what role I was going to play or what the story or screenplay would be," said Big B 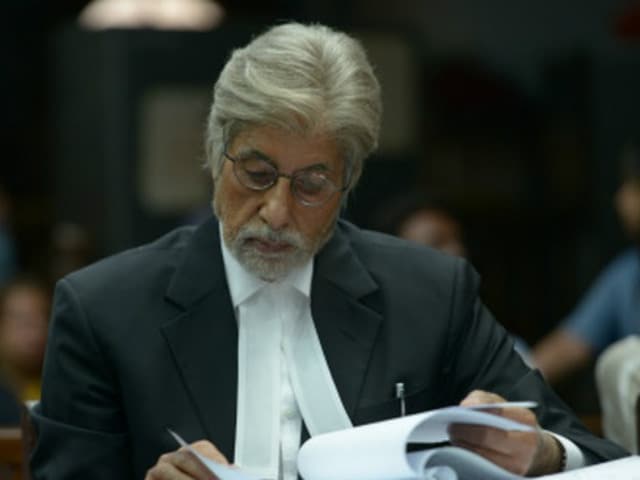 He is been there, done that, and hence no one would think there's any role left to challenge Amitabh Bahchan but he said even today the actor in him gets anxious before a shot just like his initial days in the industry.
The 73-year-old actor, in fact, enjoys the 'self-pressure' and anxiety, and he said he would never want it any other way.
"Every film is a test, an examination for me. Pink is no different. It gives me sleepless nights and anxiety before each shot that needs to be taken. That is the way I would like it to be. Nothing comes easy in life. Certainly not a hard hitting film," Mr Bachchan told PTI in an interview.
The National Award-winning actor will be seen playing a lawyer in Pink, which is about three young women fighting an apathetic society.
From having the film revolve around his character to now getting roles, Big B is in a really interesting phase in his career.
Filmmakers like Shoojit Sircar, who directed him in Piku, an adorable slice-of-the-life drama about a father-daughter relationship, and has produced Pink are coming up with meaty, layered characters for the Big B.
Asked whether the transition from being the leading man to a character star has been difficult for him, Big B says he does not look at it that way.
"It's a state of mind that needs to be understood. Each artist has his or her own conception of it. I need to work and I am fortunate to get it, so I work, character role or not," he said. When asked about Pink, which releases tomorrow, Mr Bachchan said he agreed to the movie within minutes as he found the concept of courtroom thriller very appealing.
"It story was first narrated to me by Shoojit Sircar and it took me minutes to agree. I did not ask what role I was going to play or what the story or screenplay would be," he said.
Pink is his third release of the year after Wazir and Te3n.
Aniruddha Roy Chowdhury, best known for his Bengali dramas Aparajita Tumi, Antaheen and Anuranan, is making his Hindi directorial debut with the movie, which besides Big B, stars Taapsee Pannu, Kriti Kulhari, Andrea Tariang and Angad Bedi.