Amitabh Bachchan May Be Part Of Oscar-Winner Resul Pookutty's Film

"I approached Bachchan sir. He read it and liked it. I am just waiting for his date at one level. Everything is shaping up well," said Resul 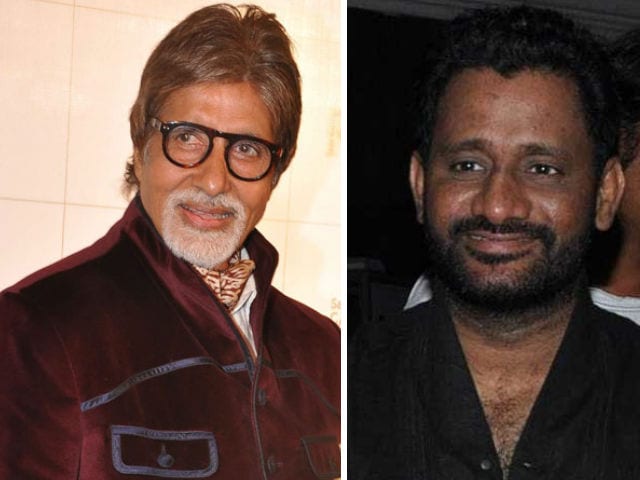 Academy Award-winning sound designer Resul Pookutty is all set to direct and has approached superstar Amitabh Bachchan for his debut project.
Resul says once the dates of the Piku star, who has liked the script, are confirmed, the project will start.
"The process is already on. I've locked my first script. I approached Bachchan sir. He read it and liked it. I am just waiting for his date at one level. Everything is shaping up well," he told PTI.
Though he has worked on several high-budget action movies like Robot, Ra.One and the upcoming 2.o, Resul's first film as director will be a drama.
"Personally, I quite like drama. The first script that I narrated to him (Mr. Bachchan) is a drama. But we still haven't finalised on what we are doing and when. But I want him in my film. I hope the collaboration is exciting," he said.
The 45-year-old artist, who has worked on films in several languages, will be making the movie in Hindi as he wants to give back to the industry, which gave him everything.
When asked if the film will be bilingual, Resul said, "It's in Hindi. I want to make films in Hindi, talk to my Hindi audience. I've been away from the regional space for many years and the Hindi film industry is what has made me."
"Mumbai is my home," he said. "They gave me everything. Even when I criticise my industry, I'll also say they gave me my space, understood me and allowed me to grow. What I am today, all the recognition I've received all over the world is because of here," he said.
(Except for the headline, this story has not been edited by NDTV staff and is published from a syndicated feed.)