Amitabh Bachchan on shooting near the LoC and living in tents 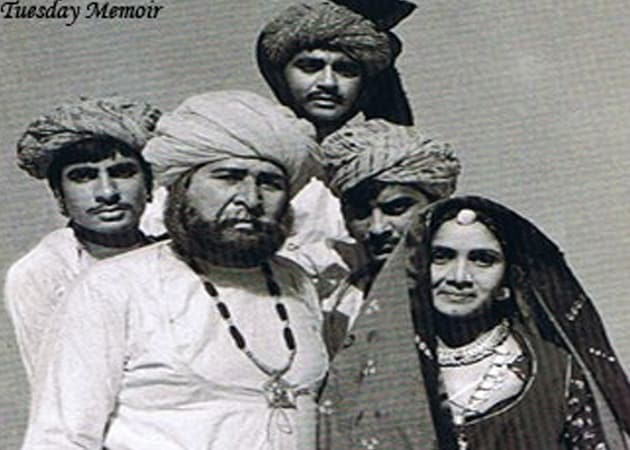 This picture was posted on Facebook by Amitabh Bachchan

Amitabh Bachchan's latest Tuesday memoir deals with the filming of Reshma Aur Shera (1972) in a tiny village called Pochina near Jaisalmer in Rajasthan.

Amitabh Bachchan's latest Tuesday memoir deals with the filming of Reshma Aur Shera (1972) in a tiny village called Pochina near Jaisalmer in Rajasthan. Reshma Aur Shera was one of Mr Bachchan's earliest films, at a time when he was considered a "flop actor." The film starred Sunil Dutt and Waheeda Rehman in the lead roles of Shera and Reshma, with Big B and Vinod Khanna playing Shera's brothers Chotu and Vijay. Ranjeet and Raakhee also appeared in pivotal roles.
In remote Pochina, the cast and crew lived in tents and were warned against venturing too close to the border of Pakistan. They shot for months in the unforgiving desert, facing the "biting cold in winter and the heat of summer and the terrible skin piercing sand storms."
Amitabh Bachchan writes on Facebook: "Being close to the border with Pakistan, we were asked not to venture out without armed protection, in case we crossed over the LOC. We lived in tents during the entire schedule, which lasted several months. We would travel to Jaipur on a plane, then a private airline Dakota and since there was no airport at Jaisalmer, we drove to get there."
"A 7 year old child from the village had never known what rain was, because it had never rained there for seven years. We all lived 6-7 to a tent. My tent mates were the writer Ali Raza Saheb, Ranjit and Vinod and Thapa Saheb who worked along with Dutt Saheb in the film as a writer. It was the second film of mine after my first Saat Hindustani, and the greatest joy was to be alongside Waheeda ji my favourite. Scorpions, invisible in colour and sand snakes abounded. Many scorpions were discovered almost every day in each of our beds under our mattresses and our old world 'hold alls'.
The camp was surrounded by sand dunes which changed positions almost each day, but at night the stars were so close we could almost reach out and catch them, as we often would sit on top of some of the dunes in the pleasant evenings .."
Reshma Aur Shera, now considered a classic, was hailed enthusiastically by critics when it released. A 13-year-old Sanjay Dutt made his first screen appearance in the film, playing a qawaali singer. His father, Sunil Dutt, produced the film and also directed it after creative differences with the original director Sukhdev.
Amitabh Bachchan, an avid blogger and social networker, posts an old photo and the story behind it every Tuesday on his Facebook page.