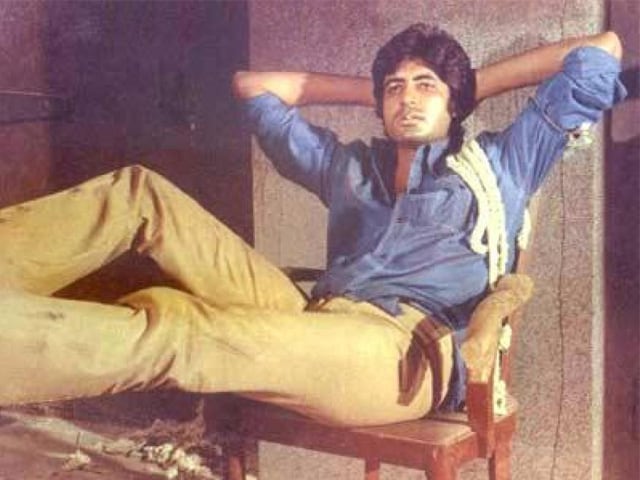 Amitabh Bachchan in a still from Deewar.

Allowing for the difference in outfit and the years that have so clearly passed, the image on the right in this tweet from actor Amitabh Bachchan is a passable recreation of the one on the left, which most movie buffs will recognize as belonging to the film Deewar.

In 1975, Mr Bachchan was about 32 or thereabouts. He's now 72.
The recreated picture, taken while the actor was filming a commercial, came about purely by happenstance.
On Facebook, Mr Bachchan explained: "The first and young picture is from DEEWAR just before the godown fight .. it was shot in studio 1 at Rajkamal Studio ..around 1974-75
The second one is a picture of me, in present time 2015, when I was shooting in the same studio same floor at the same site for an add., and just purely by chance they captured me when I had put my feet up at the same spot where so many years ago the shot was taken .. !!!!!"
Deewar, which starred Amitabh Bachchan and Shashi Kapoor as brothers on opposite sides of the law, was directed by Yash Chopra and considered path-breaking at several levels. Among other things, it marked the rise of Mr Bachchan's Angry Young Man persona.