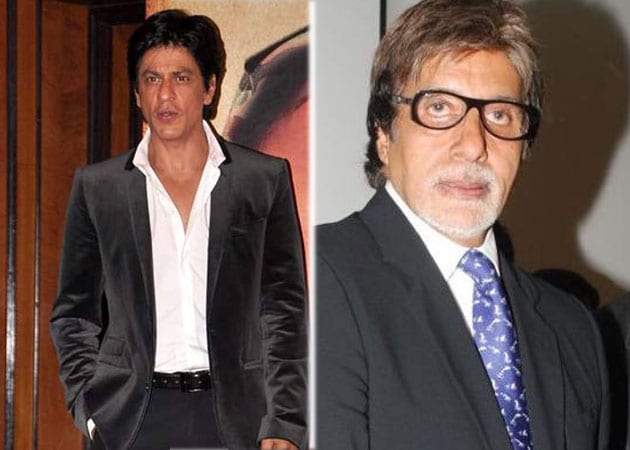 Bollywood superstars Amitabh Bachchan and Shah Rukh Khan agree that last night's World Cup face-off between Germany and Portugal was a cracker of a match.
Mr Bachchan described the match as a 'humdinger':

The Germans need to give a warning before they do this to another team...."Achtung Hochspannung!....at least.

Achtung Hochspannung is the German for 'danger, high voltage.'
Germany crushed 10-man Portugal 4-0, helped by a hat-trick by Thomas Muller. Portugal, led by Bollywood favourite Cristiano Ronaldo, lost defender Pepe after he was red-carded for head-butting Muller.
Both Mr Bachchan and SRK, ardent football fans, have been up nights watching the matches and tweeting.  (Also Read: SRK even had TV glue ready)
SRK put his passion for the game into this rather poetic tweet:

T 1517 -: " panem et circenses " bread and circuses : provision of the means of life and recreation by government to appease discontent !!

Both actors will no doubt be looking forward to tonight's after-hours match between Brazil (Mr Bachchan's favourite team) and Mexico.