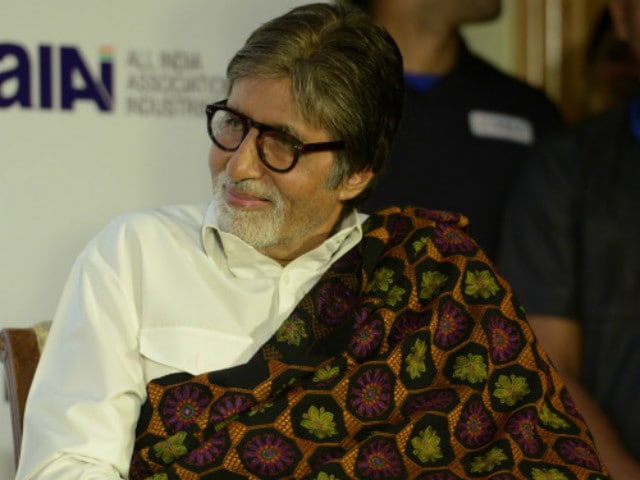 Big B photographed at an event in Mumbai. (Image courtesy: srbachchan)

Big B took a trip down memory lane and shared an old, black and white picture of himself on Twitter on February 22. "This is the picture I sent to Filmfare Madhuri Contest to join films..is it any wonder they rejected me!" A recap of four years also reveals more about his rejection at the contest from a post he wrote in 2012

Actor Amitabh Bachchan took a trip down memory lane and shared an old, black and white picture of himself on Twitter on February 22; the same picture which he had sent to a talent hunt years back "to join films."
The actor, who was not selected to participate in the contest, wrote: "..Is it any wonder they rejected me!!"


T 2152 - This the picture I sent to FilmfareMadhuri Contest to join films .. is it any wonder they rejected me !! pic.twitter.com/49ECTENzrk

A recap of four years also reveals more about his rejection at the contest, from a post he wrote on his official blog in 2012: "The early, or shall I say preliminary rejection of my attempt to compete in the Filmfare-Madhuri contest, had made me leave my settled job in Calcutta. I had come away home to seek the possibilities of joining the Industry in some other way. But one look at Rajesh Khanna made me realize that with people like him around, there would be little chance or opportunity for me, in this new profession!"
Big B, who made his debut in Bollywood with Khwaja Ahmad Abba's 1969 film Saat Hindustani, also wrote on his blog last week: "On the 15th of February 1969 I walked into the office of Khwaja Ahmed Abbas for an audition for a role in a film he was making, Saat Hindustani. It was my first film. 47 years have gone by today." (Also Read: Can You Guess When Amitabh Bachchan Auditioned for His First Film?)
The veteran actor won Best Actor (Jury) Award for Piku at the Zee Cine Awards 2016 held recently in Mumbai.
The Piku star has recently wrapped the shooting of Ribhu Dasgupta's Te3n, which also co-stars Nawazuddin Siddiqui and Vidya Balan, and is scheduled to release this year. Big B opened 2016 with Bejoy Nambiar's action-thriller Wazir.