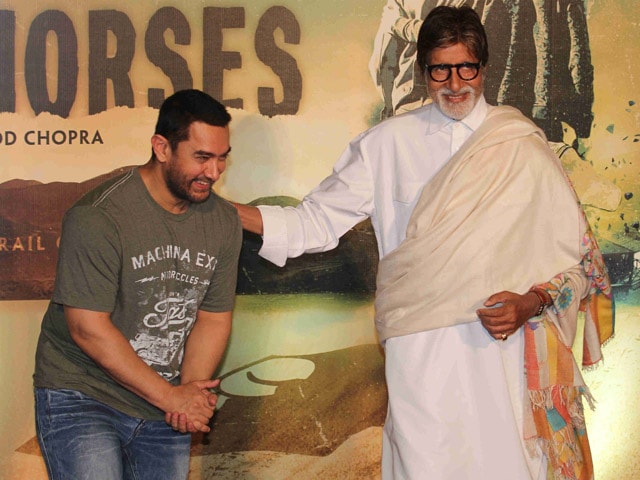 Aamir Khan and Amitabh Bachchan at an event for the film Broken Horses.

Aamir Khan will turn 50 on March 14 this year

Superstar Aamir Khan will turn 50 on March 14 and megastar Amitabh Bachchan has welcomed the Taare Zameer Par actor to the other side of the half century.
The actors on March 10 unveiled the trailer of Broken Horses at an event in Mumbai. (Also Read: Amitabh Bachchan Says He Will Always Choose an Indian Film Over Hollywood)
"Welcome to the club," the 72-year-old actor told Aamir when asked to comment on the latter turning 50.
Hollywood film Broken Horses is produced, directed and written by Vidhu Vinod Chopra. (Also Read: Vidhu Vinod Chopra: Haven't Thought of Making Broken Horses in Hindi)