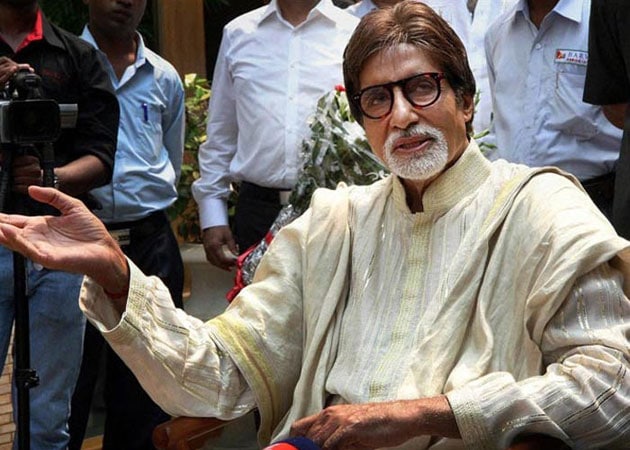 Goa Chief Minister Manohar Parrikar today said that the state government will formally invite Bollywood megastar Amitabh Bachchan to inaugurate the International Film Festival of India (IFFI) scheduled to take place in Goa this November.
"Amitabh Bachchan's name is at the top of the list for being invited for the upcoming IFFI. I have informally spoken to him. Once we get approval from the Information and Broadcasting Ministry, we will send a formal invitation to him," he said. (Also Read:Yudh's international buzz)
Mr Parrikar was speaking to reporters after chairing the Governing Council meeting of Entertainment Society of Goa (ESG), the nodal agency for hosting the festival, conducted jointly by the I&B Ministry and State Government.
Mr Parrikar said Mr Bachchan had responded positively to the informal request.
The Chief Minister said IFFI, shifted to Goa in 2004 and being held in the State since then will this year get a leg-up in terms of infrastructure and a new vigour will be injected in the November 20-30 event.
He said new theatres would be added with the help of Central funding as part of efforts to increase the seating capacity for audiences, who throng to the state from all over India and also abroad.
The Centre recently decided to make Goa the permanent venue for IFFI, he said, adding the event will be made self-sufficient in the next 2-3 years by attracting sponsorships. Mr Parrikar said the 11-day festival would be inaugurated at Dr Shyama Prasad Mukherjee Stadium here.
This would save Rs 1.5 crore which goes into constructing a special hangar to host the opening ceremony.
The ESG will be made self-sustainable and moves are afoot to rope in the Directorate of Film Festival (DFF) to help achieve this goal, he added.