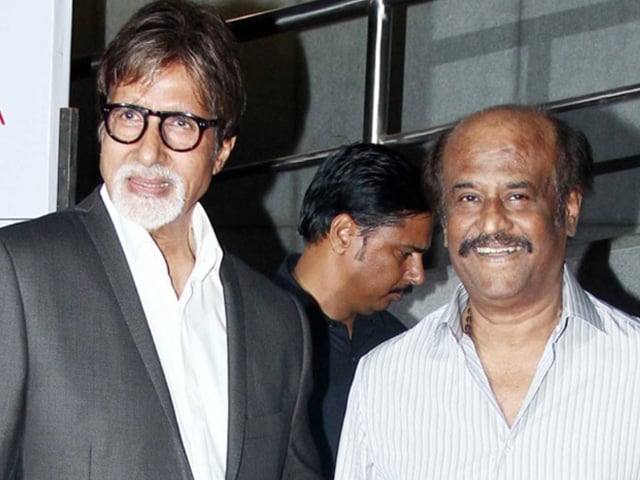 The festival will be held in Goa from November 20-30. (File Photo)

Two legends of Indian cinema - megastar Amitabh Bachchan and superstar Rajinikanth - will share the dais at the opening ceremony of the 45th International Film Festival of India (IFFI) which will be held in Goa from November 20-30.

Newly-inducted Minister of State for Information and Broadcasting, Rajyavardhan Singh Rathore on Tuesday announced that Mr Bachchan will attend the festival as the chief guest, while Rajinikanth will be conferred with Centenary Award for Indian Film Personality of the Year.

"IFFI 2014 would provide opportunities to showcase the variety of the festival in its various formats to facilitate co-operation in the film sector," Mr Rathore said in a statement.

The festival would screen 179 films from 75 countries across different categories which include World Cinema (61 films), Masterstrokes (11 films), Festival Kaleidoscope (20 films), Soul of Asia (7 films), Documentaries (6 films), and Animated Films (6 films). Besides, the Indian Panorama section would include 41 feature and non-feature films. The northeast being the focus region of the festival, IFFI 2014 would be showcasing 7 films from there.

The President directed by Mohsen Makhmalbaf will be the opening film of the festival, while The Grandmaster by Wong Kar-wai, who will receive the lifetime achievement award, would be the closing film.

Retrospective sections on Gulzar and Jahnu Baruah, special homage films on Sir Richard Attenborough, Robin Williams, Zohra Sehgal, Suchitra Sen, and special tribute to Farooq Sheikh would be the other attractions this year.

A special section of films that focus on dance, personality based retrospectives, and Masterclasses/workshops would also form a part of IFFI 2014.