Amitabh Bachchan to star in Sajid Khan's next 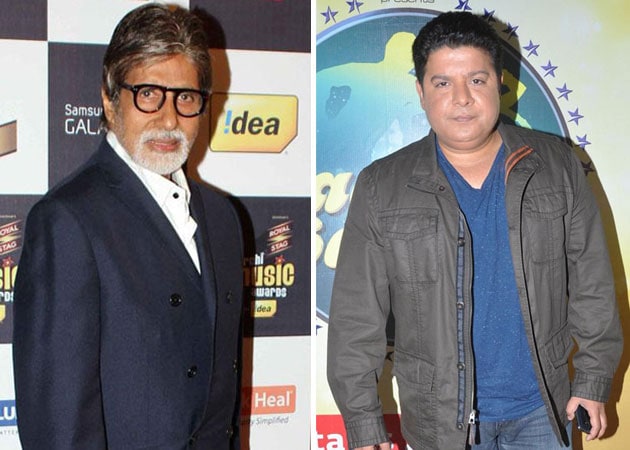 Apart from Amitabh Bachchan, Sajid says that his next film will also feature Saif Ali Khan and Riteish Deshmukh.

After remixing Amitabh Bachchan's hit song Apni to Jaise Taise for Housefull, filmmaker Sajid Khan is all set to work with the megastar in his next untitled project.

After remixing Amitabh Bachchan's hit song Apni to Jaise Taise for Housefull, filmmaker Sajid Khan is all set to work with the megastar in his next untitled project.
Sajid, 41, who is an ardent fan of Amitabh Bachchan, said his upcoming comedy will also see Saif Ali Khan and good friend Riteish Deshmukh in pivotal roles.
"I am making my next film with Saif Ali Khan, Riteish Deshmukh and Amitabh Bachchan. It will start in July. The film is untitled and it is an out and out comedy. It will be a big success at the box-office," Sajid told PTI.
Sajid's latest release is Ajay Devgn starrer Himmatwala, a remake of 1983 film of the same name starring Jeetendra and Sridevi.
"I grew up in this era as a teenager. I am reprising the cinema of 80s, which was one of the least experimenting and boring era of our industry.
"Personally, I don't endorse remakes. I have nourished this childhood desire of mine with this film. I always wanted to make the film in my style," he said.
Sajid started his career with an anthology film Darna Zaroori Hai with six other directors and then shifted to comedy and made Heyy Babyy, Housefull and Housefull 2: The Dirty Dozen.
"With Himmatwala, I stepped out of comedy genre for the first time and entered into drama and action. I don't want to make films to make a statement. I also don't make film to gain personal respect. I would rather feel loved by making popular cinema which makes my audience happy," he said.
Sajid is looking forward to work with Ajay in more films because he feels that they share same sensibilities.
"Ajay is one the finest actors our industry has produced. I am also writing my second script keeping him in mind. We are friends since our college days and I have been wanting to work with him for ages," he added.