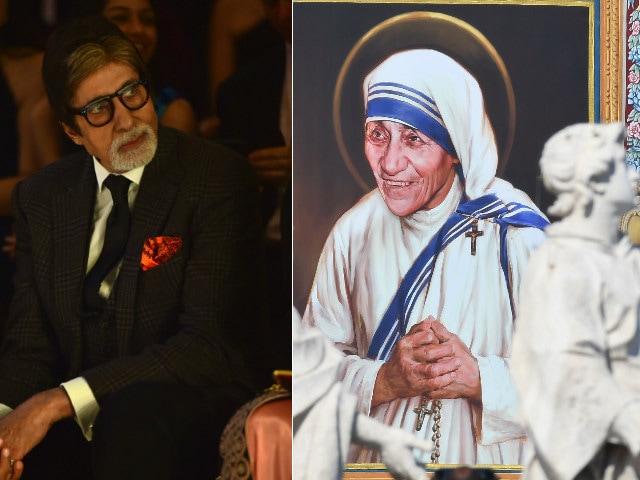 On September 4, Mother Teresa was pronounced Saint Teresa of Calcutta by the Vatican. The canonization took place in Rome with Pope Francis declaring sainthood for Mother Teresa. The world remembered Mother Teresa with warmth and so did Bollywood celebrities.
Stars like Amitabh Bachchan and Arjun Rampal tweeted in admiration of Mother Teresa:

Saint Teresa, who cared and took care of the unwanted. What a beautiful day today is. #SaintTeresapic.twitter.com/P9wSEkDGA0

Her life was a message to the world of what humanity could be: peace, compassion and solidarity #MotherTeresapic.twitter.com/HLEFedquua

Mother Teresa was born on August 26 and died in 1997. St Teresa established religious congregation Missionaries of Charity in 1950 which had over 3,000 members at the time of her death and at present has over 5,000.