Amitabh Bachchan Watches Piku at Rashtrapati Bhavan With the President 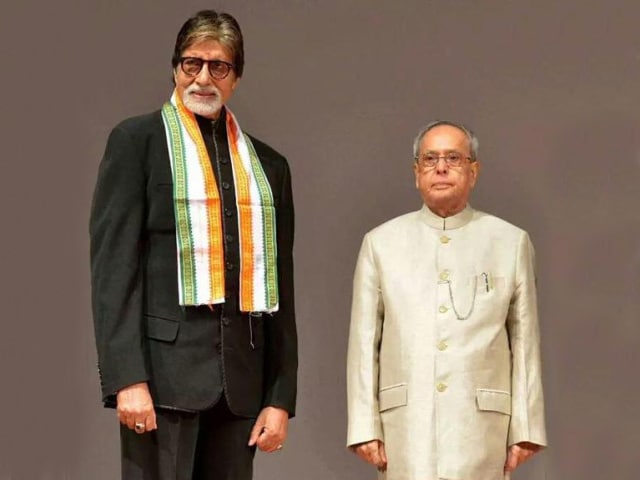 This image was posted by Amitabh Bachchan on his blog.

"He seemed to have enjoyed the 'perfect' Bengali-Hindi accent, which he felt was flawless," Big B posted on his blog

Bollywood megastar Amitabh Bachchan attended the screening of his latest release Piku at the Rashtrapati Bhavan on June 7 and said President Pranab Mukherjee absolutely loved the movie, which is about a Bengali family.
The 72-year-old actor was accompanied by the film's director Shoojit Sircar and son Abhishek Bachchan. His co-stars - Deepika Padukone and Irrfan Khan - were not present at the screening as they are currently out of country.
Deepika is in Kuala Lumpur for the IIFA awards, while Irrfan is shooting in Budapest for Inferno.
"The Honourable President of India Shri Pranab Mukherji, tonight watched Piku and may I say with great reserve of modesty, he absolutely loved it! Most particular he seemed to have enjoyed the 'perfect' Bengali-Hindi accent, which he felt was flawless. He later invited us over for dinner and we continued to discuss the film and its merits," Mr Bachchan posted on his blog.
Last year the actor's film Bhootnath Returns, which highlighted the importance of voting, was screened for the President. Mr Bachchan thanked the President for bestowing the honour once again.
"This then is the venue of our screening, much like the screening of Bhoothnath Returns. Screening over the President welcomes us on stage and presents us with a gift that forms the memento's he presents and then invites us over for dinner, in one of the many ornate halls that this Palace possesses. It is an honour that cannot be replicated. Thank you Honorary President of India for your time and grace," he added.