Amitabh Bachchan Will Co-Star With Ranbir Kapoor In Dragon

Amitabh Bachchan will be seen in a pivotal role in Dragon. He's likely to begin shooting for the film this year. 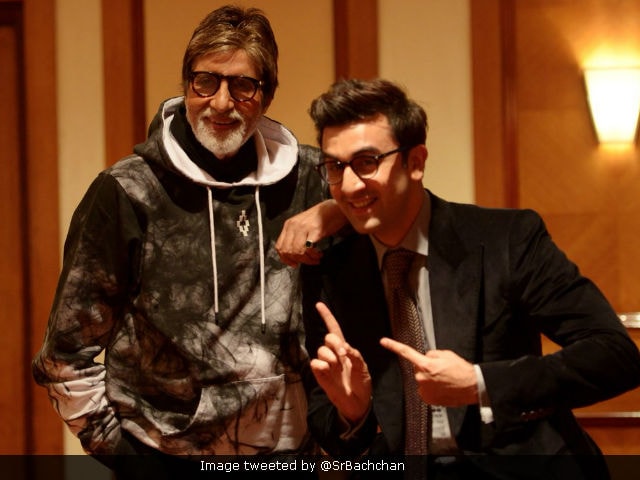 Amitabh and Ranbir will be seen together for the first time (Image courtesy: SrBachchan )

Amitabh Bachchan joins Ranbir Kapoor and Alia Bhatt in Ayan Mukerji's superhero film, the working title of which is Dragon, reports news agency PTI. The 74-year-old actor will be seen playing a pivotal role in the film. "He has given his nod for the film. It's a full-fledged role and not a guest appearance. It's an important role. He will begin shoot this year itself," sources told PTI. This is the first time the Piku star will be seen sharing screen space with the young actors. Amitabh Bachchan has worked in several movies with Ranbir's father, Rishi Kapoor. The duo have collaborated together in films like -Kabhi Kabhi, Amar Akbar Anthony, Coolie, Naseeb and others.
Dragon will reportedly see Ranbir Kapoor play a superhero who uses fire. This film will be Ayan Mukerji and Ranbir's third collaboration. They have previously worked in films such as -Wake Up Sid (2009) and Yeh Jawaani Hai Deewani(2013). Ayan Mukerji is reportedly planning a three-film franchise of Dragon.
Ranbir Kapoor, last seen in Ae Dil Hai Mushkil, is currently busy shooting for Sanjay Dutt's biopic, directed by Rajkumar Hirani. The 34-year-old actor will next been seen in Arurag Basu's Jagga Jasoos, which is slated to release in April.
Meanwhile, Amitabh Bachchan, who was last seen in the 2016 super hit movie Pink, will next be seen in Ram Gopal Varma's Sarkar 3. The movie also features Ronit Roy, Jackie Shroff, Manoj Bajpayee, Amit Sadh, and Yami Gautam in the lead roles. Sarkar 3 is scheduled to hit theatres on April 7, when it will clash with Ranbir's Jagga Jasoos. Amitabh Bachchan has also committed to Vijay Krishna Acharya's Thugs of Hindostan, in which the Piku actor will be collaborating with Aamir Khan for the first time.